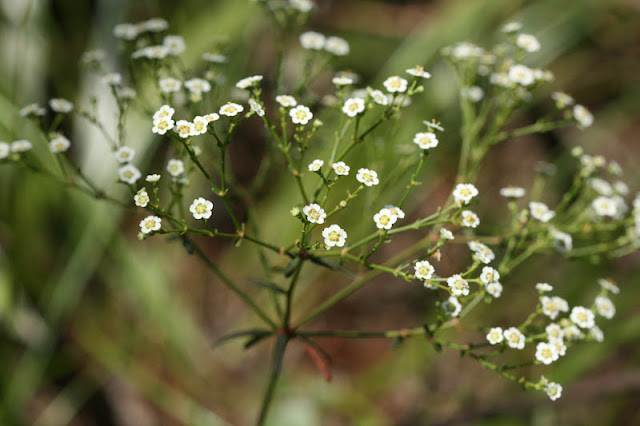 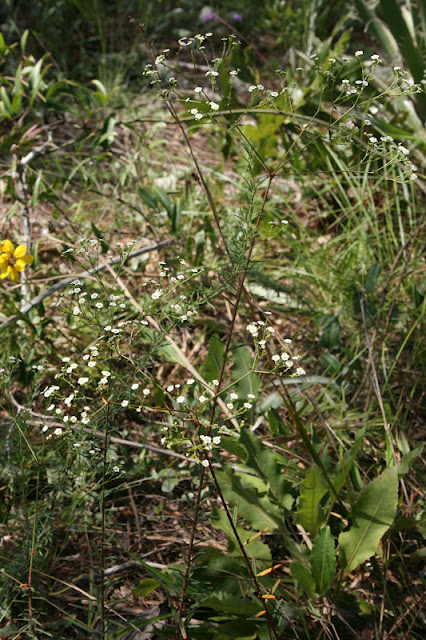 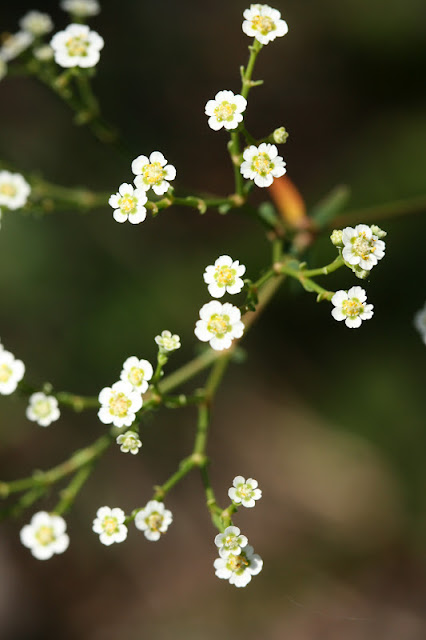 False flowering spurge (Euphorbia pubentissima) occurs in scattered locations from Madison County, just east of Tallahassee, to Santa Rosa County in the far western panhandle.  It is also present in much of the eastern half of the U.S., except the extreme north.
This member of the Euphorbia family, is generally found in well-drained sandy locations. The plants photographed above were in sandhill habitat within Topsail Beach Preserve State Park in Walton County.  They are perennials which die back during the winter months.
Like other euphorbias, false flowering spurge has rather weak stems that exude a milky sap if cut.  This protects them from herbivory, but can cause blisters and other skin irritations in sensitive people.  They are also poisonous if ingested.
The plants rarely stand taller than about 2 feet and the branches grow outward - parallel to the ground.  The leaves are elliptical and opposite each other on the stems.
Flowering occurs in summer and fall.  As its common name suggests, what looks to be flowers are not.  The white "petals", seen in the above photographs are specialized appendages meant to draw the attention of pollinators to the small green flowers inside.  This is much like what occurs in the common poinsettias grown for Christmas displays.  Inside the white false petals are male flowers and a single female flower - none of which have petals of their own.
False flowering spurge is an interesting wildflower that is never likely to be grown commercially. If you are in one of the counties it might occur in, look for it along roadsides and other well-drained open areas.
Posted by Hawthorn Hill at 6:34 PM