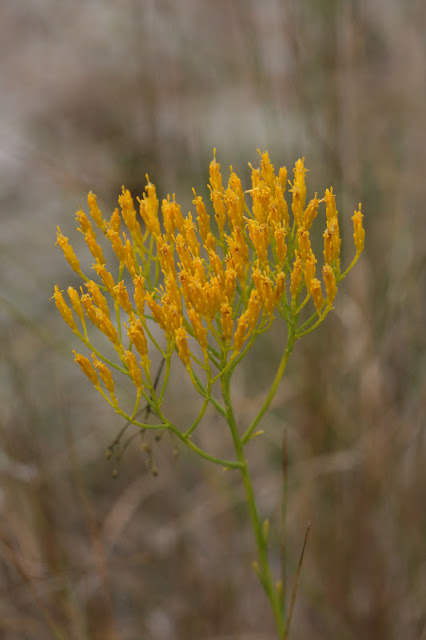 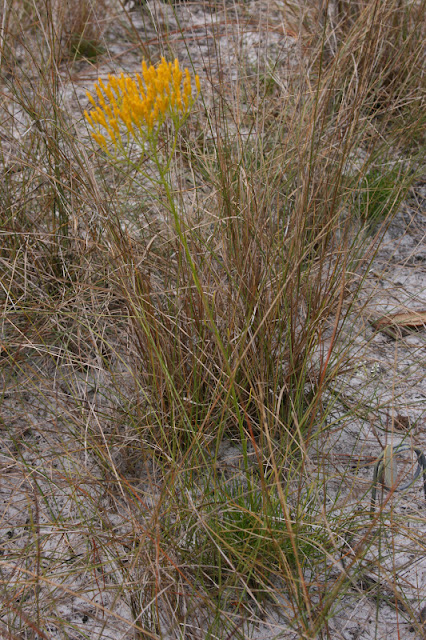 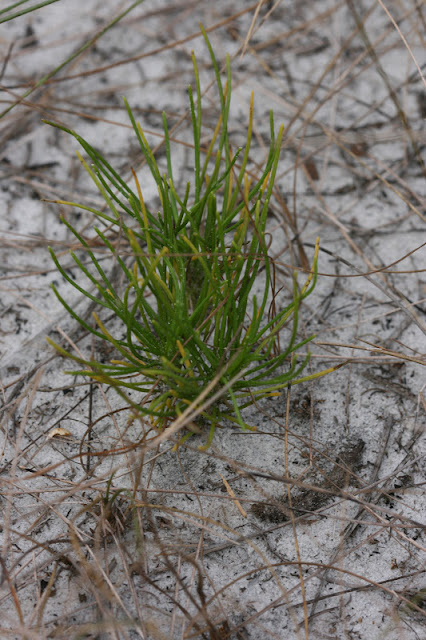 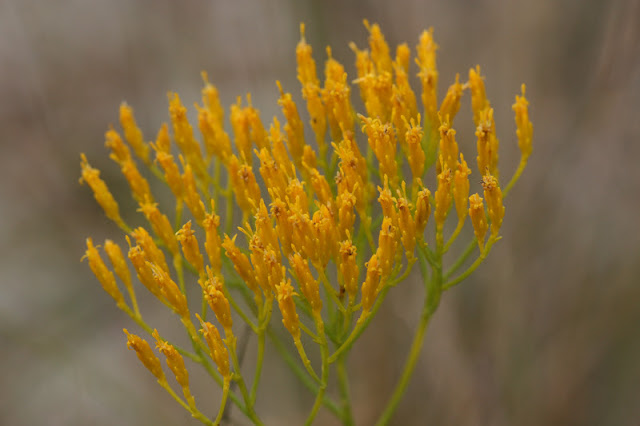 Nuttal's rayless goldenrod (Bigelowia nuttallii) is not a goldenrod, but a member of a small genus that is largely confined to Florida.  It's relative, pineland rayless goldenrod (B. nudata) is endemic to Florida, but found throughout much of the state in wet pine flatwoods and the upper edges of marshes. Nuttal's rayless goldenrod is resident to xeric woodlands, including scrub, and has been reported from only 2 counties in Florida - Washington in the central Panhandle, and Pinellas on the central west coast.  It has a tendency to skip counties, however, and has disjunct populations in Georgia, Alabama, Louisiana, and Texas.
Nuttal's rayless goldenrod is a perennial that maintains its clump of exceedingly thin basal leaves into the winter.  These leaves are less than 1/8 inch wide; one of the characteristics that separate this species from its more common cousin.  Of course, habitat preferences are totally different between the two species and serve to make confusing them difficult in the field.  This is not a robust species and rarely stands taller than 2 feet in late fall.  Thin eliptical leaves occur up the stem and it ends in a flat corymb of flower heads that is several inches wide.
Flowering occurs in fall. The Pinellas County population blooms in early November while the Washington County one blooms several weeks earlier.  As the common name implies, the flowers do not have ray petals - the showy outer petals common to most members of the aster family.  All they have are the central disc flowers. These are small and elliptical in shape, but bright canary yellow and attractive. They also attract the attention of insect pollinators.
This very rare plant is listed as a state endangered species. If you are lucky enough to encounter it in the fall, take note and appreciate it.  It is just one of many Florida wildflowers that make living here special.

Posted by Hawthorn Hill at 6:56 AM