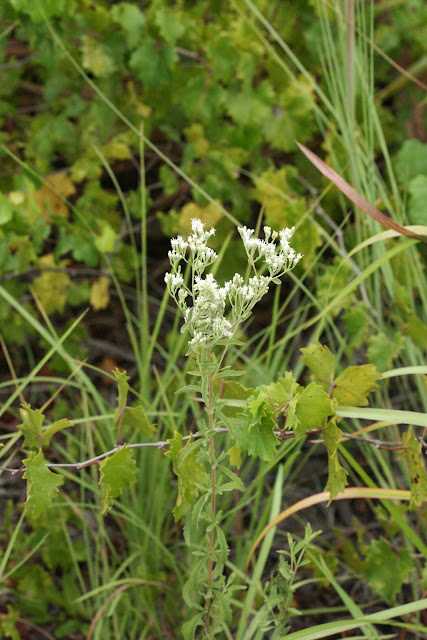 Mohr's thoroughwort (Eupatorium mohrii) is a common understory wildflower, found statewide in Florida and in much of the Southeast Coastal Plain.  It is most abundant in moist to mesic pinelands and savannas. In these habitats, it is often quite common.
Like other members of this genus in Florida, Mohr's thoroughwort is a perennial that dies back to the ground each winter.  As it emerges in the spring, it is not very distinctive. The thin stem eventually reaches a height of 2-3 feet by early summer.  Mohr's thoroughwort is a narrow plant in general aspect and its leaves are narrowly elliptical.  Some have tiny teeth along the margins while others lack them.  These leaves are opposite each other near the base of the stem and ultimately alternate as they near the top.
Flowering occurs in summer and early fall.  The corymbs of white flowers are narrow - not nearly as broad as seen in many other members of this genus, and each bloom is white.
Despite its somewhat less-than-showy aspect, Mohr's thoroughwort is sometimes offered for sale by members of FANN- the Florida Association of Native Nurseries.  It is easy to grow in the landscape, quite adaptable to conditions, and not so large or aggressive as to crowd out other members of a mixed wildflower garden.  Use it in the back half of the planting bed. Thoroughworts are members of the aster family and, therefore, attract a variety of pollinators. 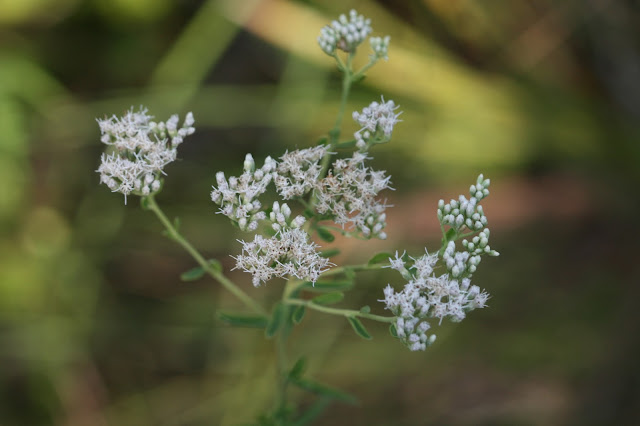 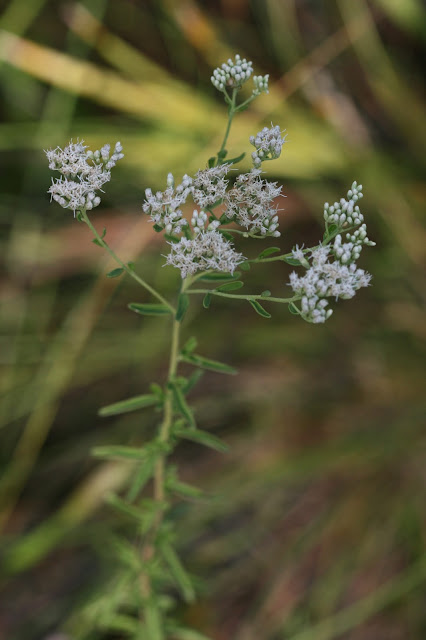 Posted by Hawthorn Hill at 6:44 AM