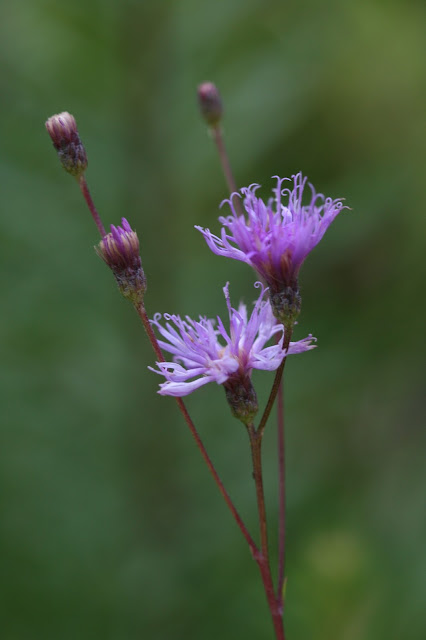 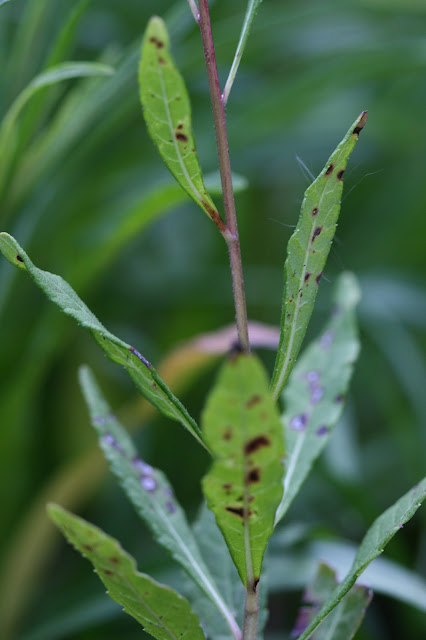 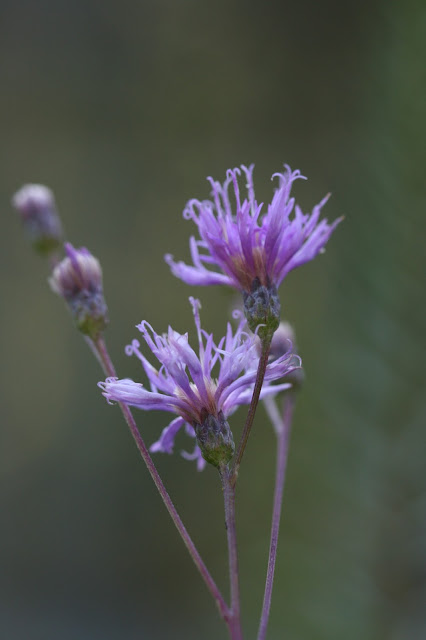 Blodgett's ironweed (Vernonia blodgettii) is our South Florida member of this much beloved genus. It is found primarily in the southern one-third of the peninsula, from Sarasota and Martin Counties south through the Florida Keys, though it also has been reported from Indian River and Orange Counties north of this line.  It is not an endemic, however, as it also occurs in the northern Bahamas.  In this region it is found in low pine flatwoods and in the upper edges of open marshes.  It is not classified as a wetland plant, but does not occur in places that do not become wet during the summer.
This is a rather diminutive species compared to most other ironweeds (all, except stemless ironweed, V. acaulis) and rarely stands taller than about 2 feet.  It is an herbaceous perennial that dies to the ground each winter. My friend, Roger Hammer, in his book Everglades Wildflowers intimates that it is evergreen in extreme south Florida, but in Pinellas County it disappears each winter regardless of temperature. The stems are smooth, the leaves are sessile along the stem, and they are linear to lanceolate in shape.
Flowering occurs mostly in the summer and early fall.  The thin flower stalk holds less than a dozen heads of rich lavender blooms that resemble others in this genus. Like all ironweeds, they are irresistible to pollinating insects and, thus, make excellent additions to a butterfly/bee garden.
Blodgett's ironweed is only occasionally offered for sale by commercial sources.  We have done so from time to time at Hawthorn Hill, and may offer it again in 2016.  Though it is a wonderful wildflower, it does not persist in a typical landscape setting unless it receives ample water during the hot summer months. If you can provide that, use it near the front of the planting bed so it won't get lost among taller species.
Posted by Hawthorn Hill at 7:15 AM