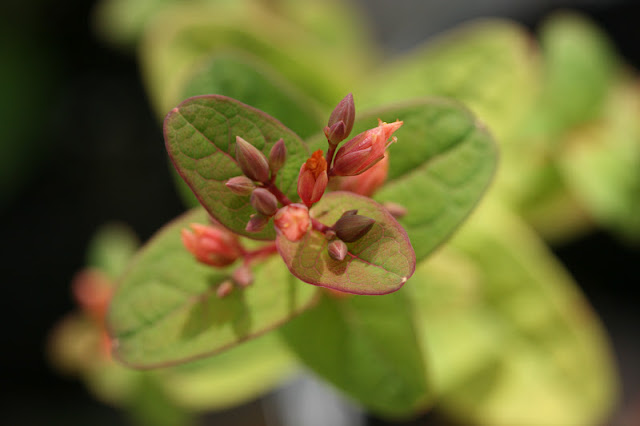 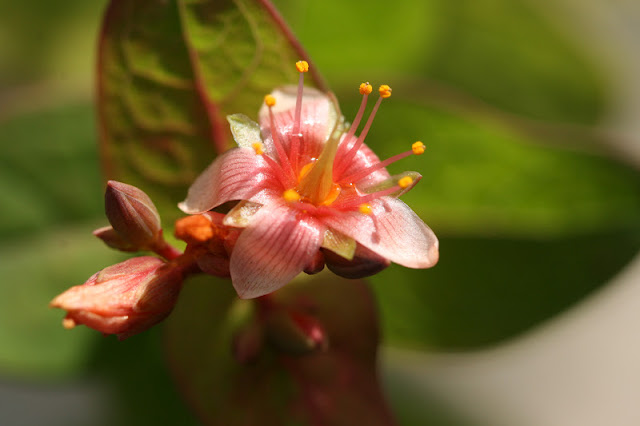 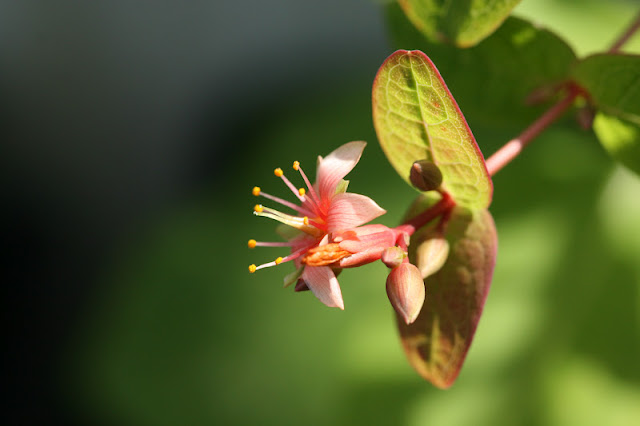 Virginia marsh St. John's-wort (Triadenum virginicum) is closely related to the Hypericum St. John's-worts, and differs from them mostly by having pinkish instead of yellow flowers.  This species is the most common of the three natives found in Florida and occurs in all but the most southern counties in the peninsula.  Virginia marsh St. John's-wort also occurs throughout the eastern half of North America, west to Texas and north to Quebec and Ontario.  It is found in wet-soil habitats - marshes, lake edges, and the edges of forested wetlands.
This is a perennial herb with rather weak herbaceous stems that rarely stand taller than 24 inches. The oval-shaped leaves clasp the stem and are opposite each other.  The outer margins and the deeply incised veins are outlined in red.  Multiple stems arise from the underground rhizome and it often forms small colonies.
Flowering occurs in summer.  The five-petal blooms are pinkish, lined with deeper pink. They occur at the tips of the various stems in cymes.  Each flower remains open for just a few days, but blooming occurs for several weeks as the buds mature and open.  Like other members of the St. John's-wort family, they are attractive to bees. The pollinated flowers ripen into dark capsules in the fall
Look for this plant in wet soils throughout most of Florida. It is not available from commercial sources at this time and is not especially adaptable to most landscape settings. In most cases, it would be advisable to use a Hypericum spp. in place of it.
Posted by Hawthorn Hill at 11:13 AM