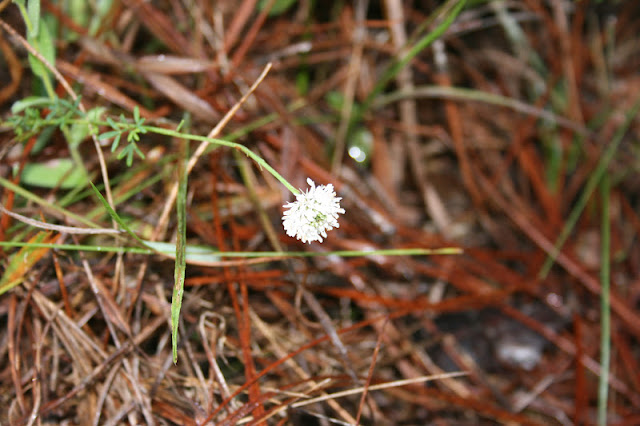 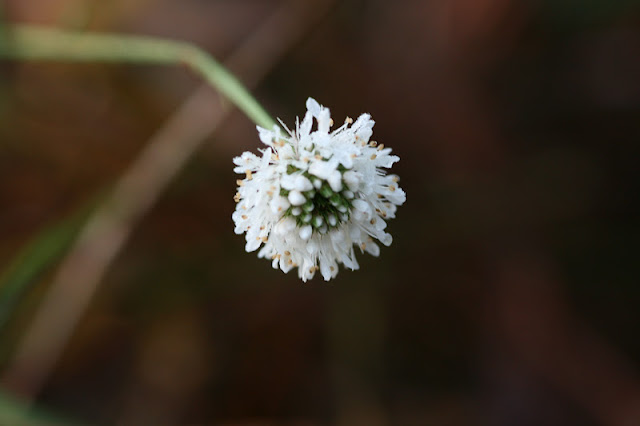 White tassels (Dalea carnea var. gracilis) is a white-flowered form of the more ubiquitous pink-flowered Dalea carnea var. carnea. Though some plant taxonomists consider it to be a distinct species (D. mountjoyae) most Florida ones give it only distinct variety status. White tassels is restricted in Florida to the central and western Panhandle counties in typical mesic flatwoods and open pinelands. Unlike our other more-widespread Dalea species (D. pinnata and D. feayi), it is more tolerant of moist soils during the summer rainy season. White tassels is also found in the states just north and west of us - Georgia to Louisiana.
Where D. carnea var. carnea is often upright, white tassels is typically a trailing herbaceous species that acts almost like a vine, creeping through the adjacent vegetation.  The other white-flowered form (D. carnea var. albida) is typically upright as well.  White tassels is a perennial plant that dies back to the ground in winter. At maturity, in early summer, its stems are often several feet long and multiple stems are produced. The compound leaves alternate along the stem and are composed of 3-11 narrow oblong leaflets, mostly less than 1/2 inch long. Most leaves along the stems (those not at the ground) are composed of only 3-5 leaflets.  Those of other varieties normally have 7-9 leaflets on the stem.
White tassels blooms in late summer to early fall - before the other two species mentioned above typically flower.  Oblong flower heads occur at the end of each stem and the bright white flowers open a few at a time from the base of these heads to the tip. Plants remain in bloom for several weeks and are quite showy. They attract the attention of a variety of pollinators as well. Though a legume (the bean & pea family), it is not listed as a larval plant for any of the butterflies in Florida (such as the long-tailed skipper) that use other legumes.
Though white tassels is a beautiful and interesting wildflower, I have never seen it offered for sale commercially by nurseries affiliated with FANN - the Florida Association of Native Nurseries. As a long-time admirer of this genus, we have dabbled a bit with typical D. carnea var. carnea as well as D. pinnata and D. feayi. I have found the latter two species to be exceptionally difficult to maintain in containers for any period of time and we no longer attempt it. I sow the seed directly into our "scrub" and over the years our plants have prospered and multiplied. D. canea var. carnea, however, has been more forgiving. I suspect that white tassels would also be a good candidate for cultivation - and I hope someone takes it on sometime in the future. 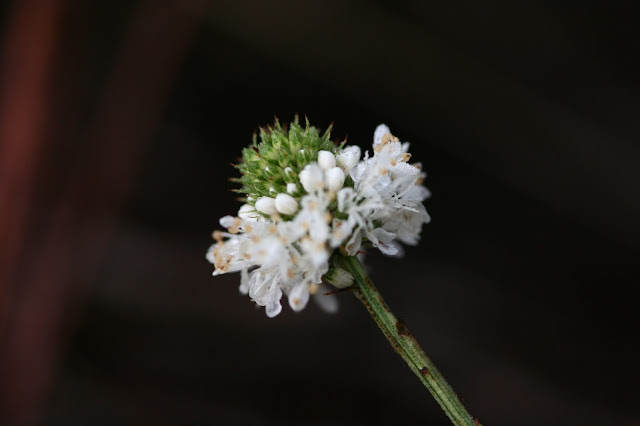