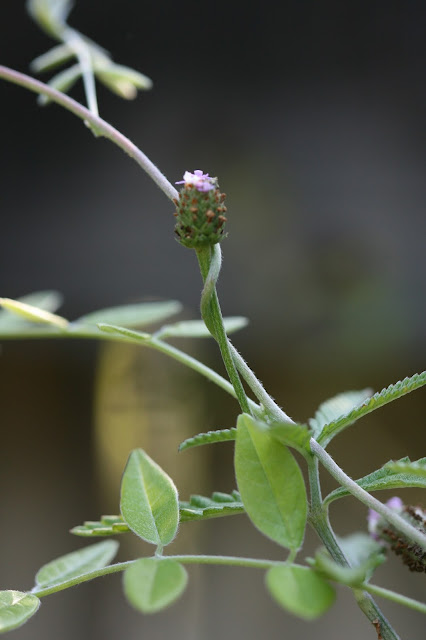 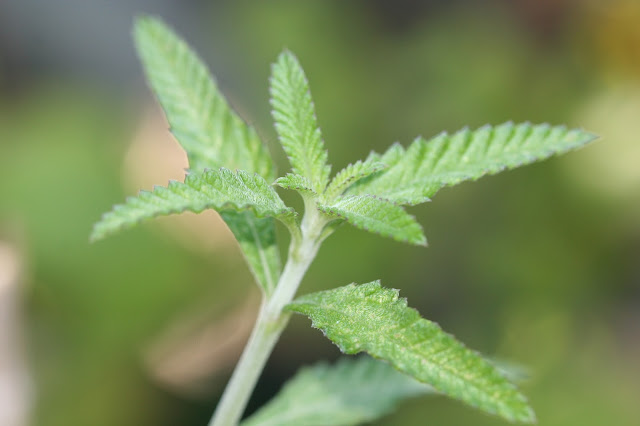 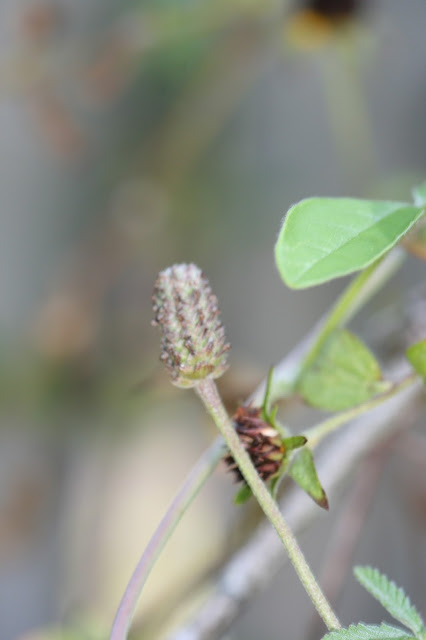 Southern fogfruit (Phyla stoechadifolia)  is a thin evergreen perennial shrub native to Miami-Dade and Broward Counties in Florida, but also in the West Indies, Mexico, Central America, and northern South America outside the U.S.  It is resident to freshwater wetlands and to other poorly drained open habitats - often on soils over limestone. It is listed as a state endangered species.
Unlike its more common cousins, southern fogfruit forms thin woody stems that can reach 2 feet tall. The foliage is distinctive.  The deeply veined linear leaves are sharply toothed along the margins and opposite each other along the stem. They are found along the length of the stem and are aromatic.  In some cultures, a tea is made from them.
The conical flower heads are produced year round.  Like its cousins, tiny white to pinkish blooms emerge from them, a few at a time, over many days. These flowers attract small butterflies such as blues and hairstreaks as well as very small bees.  Blooming begins near the base of the heads and proceeds to the top.
Southern fogfruit, like its more common cousin, P. nodiflora, serves as a larval food for Common Buckeye and Phaon Crescent butterflies.  As such, it makes an interesting and useful addition to a butterfly garden, but it is not currently available from commercial sources affiliated with FANN - the Florida Association of Native Nurseries.  The plant photographed above is at our home in Pinellas County and was a gift from Michael Manna on a recent visit I made to Palm Beach County.  I do not have much personal experience with it in a home landscape to date, but will add to this post as I learn more about its adaptability.
Posted by Hawthorn Hill at 8:25 AM