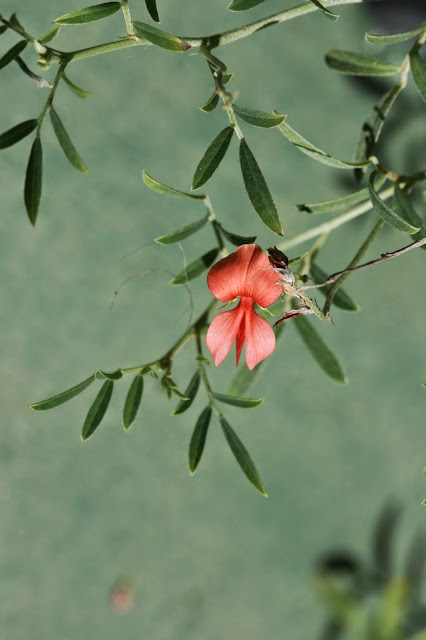 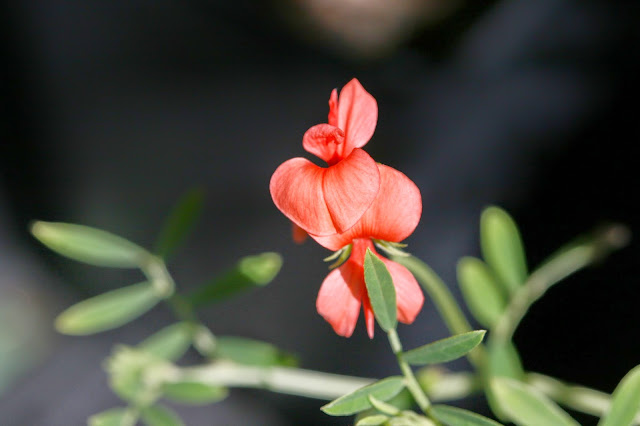 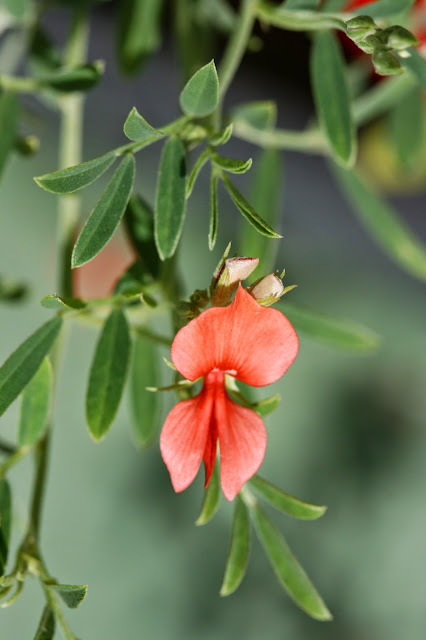 Florida coastal indigo is a native perennial vining herbaceous plant with an unusual distribution. In Florida, it is found in the Florida Keys and in extreme southeastern counties of the peninsula, but it also occurs just south of Jacksonville along the northeastern coast and in Levy and Alachua Counties. This species also has been reported from Georgia and Alabama as well as most Gulf Coast states to the west, all the way to Texas.  Its range also extends throughout much of Central and South America. Its preferred habitat is coastal sandy soils - both scrub and dunes.
As it's name implies, this tends to be a procumbent species. It is a perennial herb (1-2 feet tall) that spreads out across the ground - growing as a clump that may reach several feet across. The stems and leaflets are covered with silvery hairs and the leaflets normally number from 5-7 per leaf.  Blooming can occur in every month. The carmine red blooms are quite attractive with a broad standard that can measure nearly 1/4 inch long. The flowers are mostly bee pollinated.
Indigos are so named because they have been used as dye plants throughout the world. They also are in the bean family and are used as larval plants for several species of native butterflies, in particular the ceraunus blue and Zarucco duskywing.  Florida coastal indigo is not difficult to maintain in the landscape and makes an attractive and useful ground cover.  Despite its usefulness/attractiveness, however, it is not currently offered for sale by any of the nurseries affiliated with FANN - the Florida Association of Native Nurseries.
Posted by Hawthorn Hill at 8:42 AM