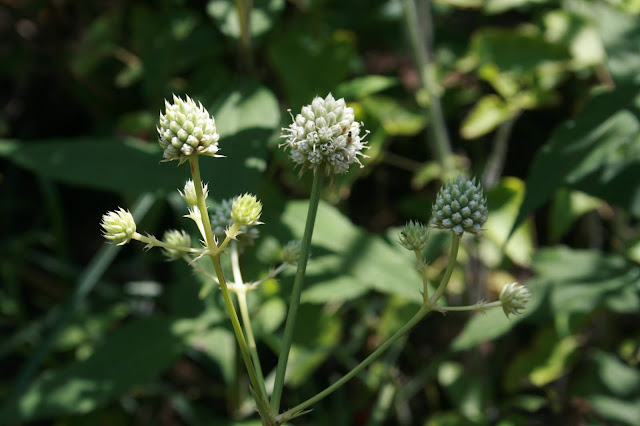 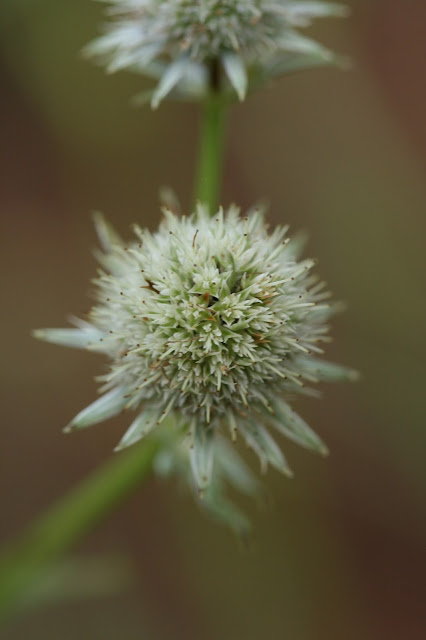 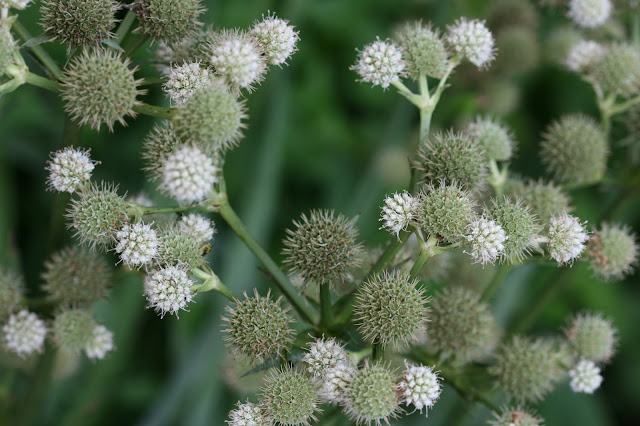 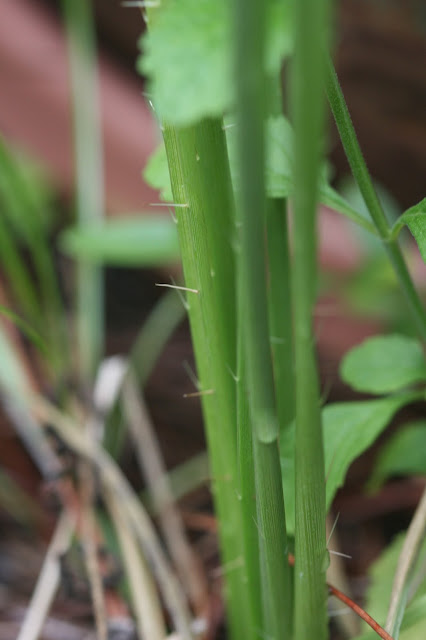 Rattlesnake master (Eryngium yuccifolium) occurs throughout Florida in moist pinelands, prairies, and savannas.  Though it is not considered a wetland plant in most texts, it does not persist in areas that remain too dry - especially during the summer months. Besides Florida. it is rather common to much of the eastern U.S. where it occurs most frequently in prairies and open glades.
Rattlesnake master is an herbaceous perennial that keeps its basal leaves through the winter in south Florida, but dies to the ground elsewhere.  These upright linear, grass-like leaves are up to 2 feet long, have a succulent appearance and are armed with evenly spaced soft spines - hence its Latin name.  Its common name comes from its use by native Americans in treating rattlesnake bites, but its efficacy in using its roots for this purpose is very poor.
While the foliage can be difficult to see in spring, the upright flower heads that are produced in summer are distinctive.  These can reach 3-5 feet tall and become multiply branched at the top of the stem.  Like other Eryngiums, they occur in spiny heads, each subtended by stiff bracts. The tiny white flowers are imbedded in these heads.  They attract a wide variety of pollinators.
Eryngiums are members of the carrot family, and include a few species that are used by the Eastern black swallowtail as larval food. Rattlesnake master, however, is not one of these and is useful in the butterfly garden only as a nectar source. We have grown this species in our Pinellas County landscape for many years, but it has struggled to adapt to our sometimes droughty soils.  It is often sold commercially by members of FANN - the Florida Association of Native Nurseries, but it is best used in open moist conditions where it will receive ample sunlight and water. If you can supply these conditions, it makes a showy addition to the landscape when planted in mass.
Posted by Hawthorn Hill at 9:48 AM