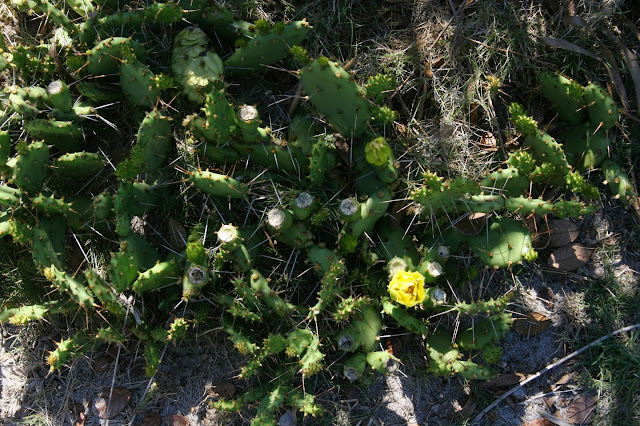 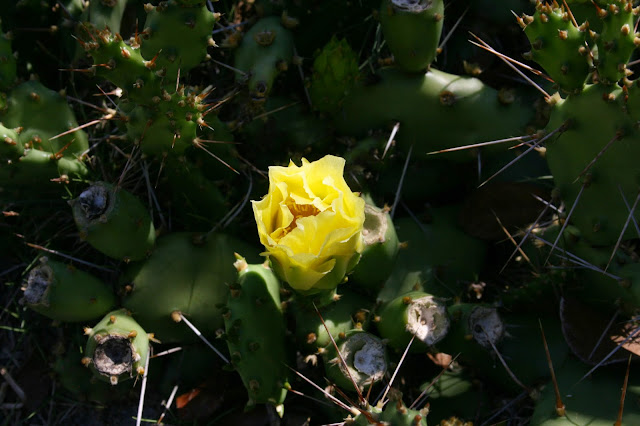 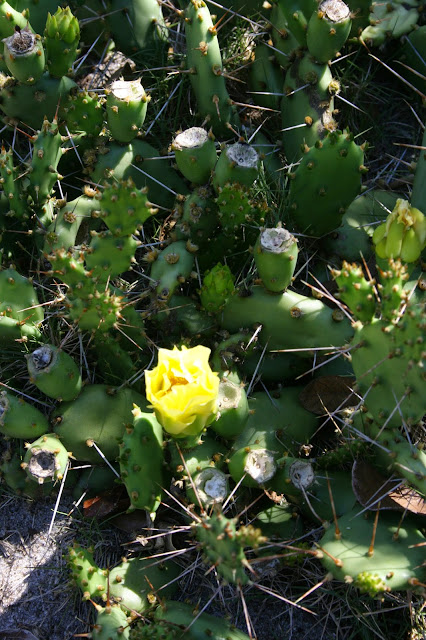 Spanish lady (Opuntia triacanthos) (syn. O. abjecta) is a state-endangered species restricted in Florida to the Florida Keys.  It also is found throughout the Caribbean.  This is a mostly prostrate cactus with round pads that measure 2-3 inches across.  Specimens tend to grow outward over time and can spread several feet across, but less than 1 foot tall. As the name implies, they are often armed with stout spines, 3 per cluster.
Spanish lady produces attractive lemon-yellow flowers in late spring to mid-summer.  The photos above were taken in mid-May in a landscape in Palm Beach County.  Pollinated flowers give rise to rounded, 1-inch red/purplish fruit about 45 days later.  As in all Opuntia cactus, they are edible, but care should be taken to remove all the tiny hair-like spines beforehand.
Spanish lady is a relatively easy cactus to keep in a landscape, but care should be given to its placement.  Another common name for this cactus, Keys Jumping Cactus, refers to the ease by which the pads break off and stick to hands, legs and arms that come in contact with them.  This species should never be used near walkways or other areas where accidental contact is likely. Spanish lady is not generally propagated by nurseries affiliated with FANN - the Florida Association of Native Nurseries and it may be very difficult to find in the trade. As an endangered species, it is illegal (and wrong) to collect any part of it from specimens in the wild.
Posted by Hawthorn Hill at 8:11 AM