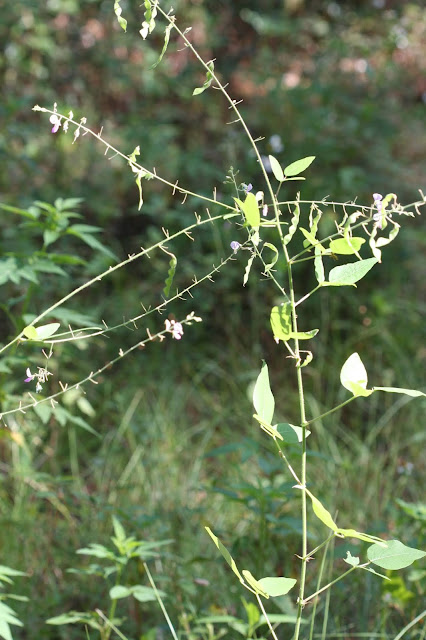 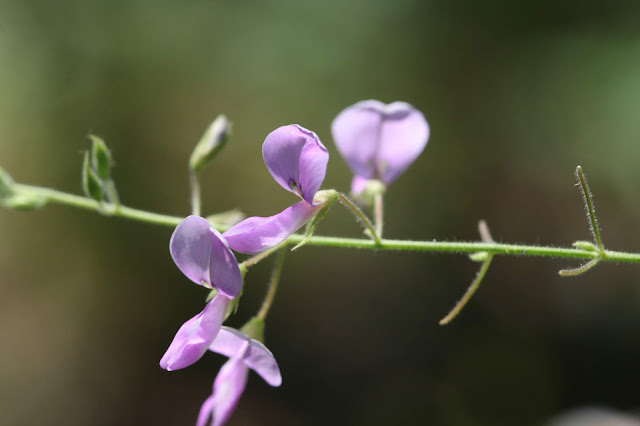 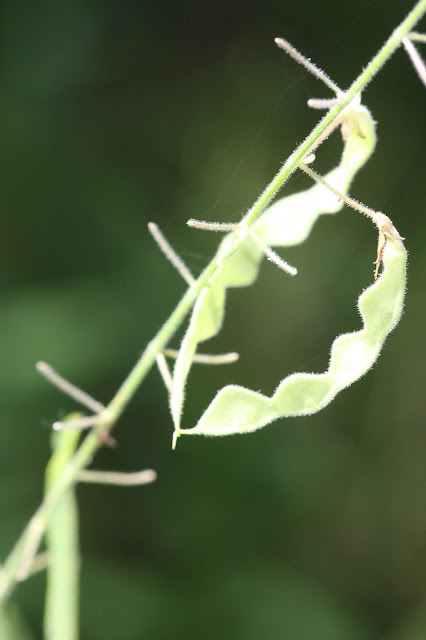 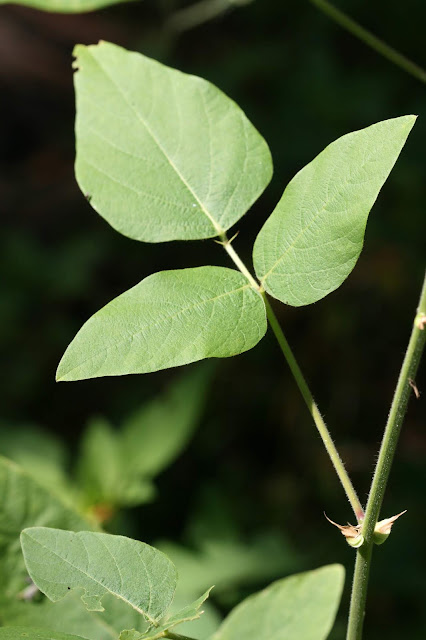 Ticktrefoils (Desmodium spp.) are a weedy bunch that produce loments (seeds produced in a "string") as seen in the third photo from the top. Each seed in these clusters is covered by hairs that stick to clothing and fur, causing the ripe seeds to break away from the cluster and be carried away from the parent plant. Of the 24 species vouchered from Florida, four are considered to be non-natives and of the remaining 20, Dixie ticktrefoil (D. tortuosum) is considered by some to be native and by others as not. This species was first recorded in Florida in Leon County in 1823, but has since been found nearly statewide in disturbed upland sites. It also occurs to our north, in the Southeast, from Texas to North Carolina. I photographed this one near a parking lot/trailhead in Goethe State Forest, Citrus County.
While some ticktrefoils are relatively prostrate, this species becomes rather tall and winnowy. In Florida, it is an annual and it reaches a mature height of about 3-4 feet by early summer. Like all members of the genus, the leaves are compound with three leaflets. They are oval shaped and the petioles are slightly hairy. Each leaflet is oval in shape with the top one decidedly so. They are about 1 inch wide.
Flowering can occur during most months until late fall. The flowers on this species are produced in pairs along the stem. Each is a typical legume flower, with a keeled lower lip and a broad fan-shaped upper petal marked by a noticeable yellow splotch outlined in a deeper pink. They, like all members of the genus, are pollinated mostly by bees that push their way into the center of the flower to reach the pollen and nectar.
Tick trefoils can be considered a nuisance in a wildflower landscape as the seeds stick to everything. They also are beneficial as they serve as the host plant for three species of skippers - long-tailed, Dorantes and silver-spotted. Left alone, in a fallow field, they can be valuable additions to a butterfly/pollinator garden, but I would not recommend them in landscapes that need to be tended.
Posted by Hawthorn Hill at 2:48 PM