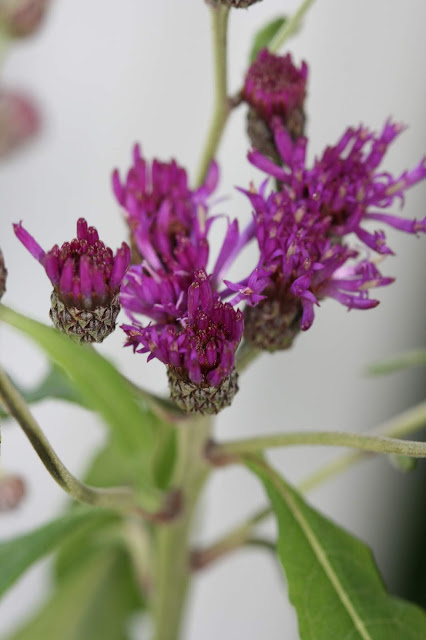 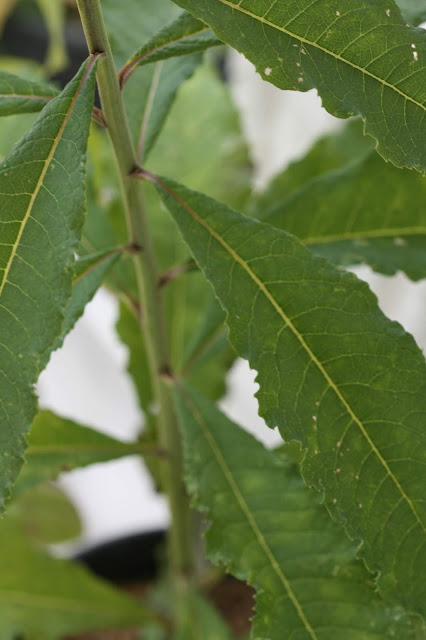 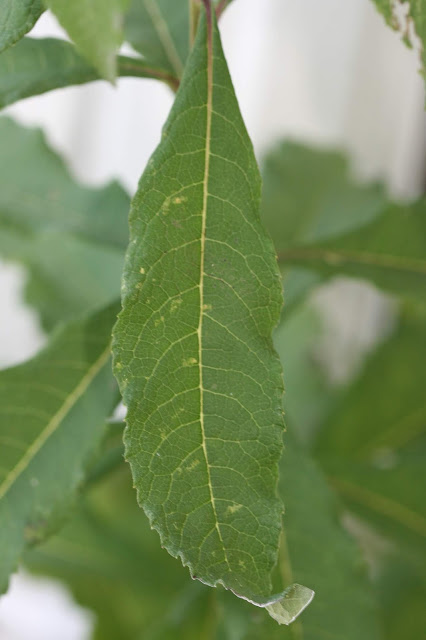 Every ironweed (Vernonia spp.) in Florida, except Blodgett's (V. blodgettii) could aptly be called "giant" ironweed based on their growth form, but since that common name was given to just one of them, we've had to call the others by other common names. Just be assured that all of them are "giant" in terms off their mature height at flowering.
There are six species of ironweeds considered to be native to Florida, though one (Stemless ironweed, V. acaulis) has been recorded as an extreme outlier (Polk County) from the main population in the mountains of North Carolina and seems a bit suspicious as a Florida native. New York ironweed (V. novaboracensis) is restricted to 10 counties in extreme north Florida. It is much more common to our north, however, and extends up the Eastern Seaboard to New York and Delaware. As mentioned above, this is a tall perennial species that can reach mature heights of more than 6 feet by late summer. Like other members of this species also, it suckers outward from the main stem over time and forms clumps of multiple stems. New York ironweed prefers moist sunny locations and is most often encountered at the upper edges of marshes and other wetlands.
The wide oval leaves are alternate along the stems. They are toothed along the leaf margins and somewhat pubescent, but not as much as in V. gigantea. The two species can be easily distinguished from each other when compared to each other side by side, but it is more difficult otherwise. One significant difference lies in the flowers. While V. gigantea produces a great many flowers atop its stems, New York ironweed produces fewer and they tend to be more deeply purple in color. Flowering occurs in late summer and fall. As with other members of the genus, they are excellent at attracting pollinating insects - especially bees and butterflies.
Despite the widespread propagation and availability of other native ironweeds in Florida, this species is only very rarely offered. I purchased this one from The Native Nurseries of Tallahassee where it was grown from seed collected by one of the nursery owners. I hope that this continues to be offered and I hope to get seed from my plant to make it available next year from Hawthorn Hill. It is reported that it requires cold stratification and that it often has low germination rates. It also is reported that it will tolerate most landscape conditions except for highly droughty soils, once established. If you can, however, give it a bit of extra moisture.
Posted by Hawthorn Hill at 10:41 AM