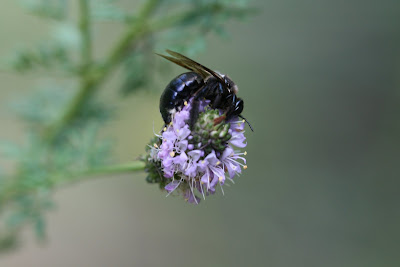 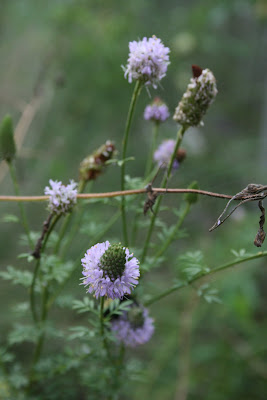 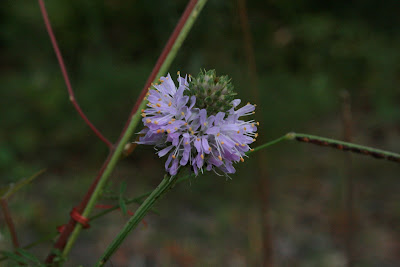 Also known as "whitetassels", pink prairie clover occurs in one of three distinct varieties across much of Florida and parts of the lower southeastern United States. Two of the varieties, D. carnea var. gracilis and var. alba, have white flowers and give rise to the other common name. The more widespread variety, D. carnea var. carnea, however, is decidely pink and is the reason for its Latin name.

Pink prairie clover is a component of open pineland flatwoods and other mesic habitats. Unlike other Florida prairie clovers, it does not require deep sandy soils and excellent drainage to survive. It tolerates occcasional wet soils just fine, but is also very drought tolerant once established. Just give it sunshine for at least half the day.
Pink prairie clover is not erect like its Florida cousins either. It develops long branches of the central stem that tend to sprawl just above the ground in all directions. As such, it rarely stands more than 8 inches tall, but may spread out several feet in all directions. Because of this growth form, it makes a great ground cover. Just don't plant individual specimens closer than 3 feet apart.
New growth off the main stem begins in early spring and the new flower buds become obvious by late June or early July. Flowering occurs about a month later and lasts for nearly a month more. In full bloom, pink prairie clover is awash in lavender-pink flower heads and makes a spectacular sight. Each of the cylindrical heads is composed of 20 flowers or more, and these attract mostly bees and some butterflies. Prairie clovers also are one of several food plants of the southern dogface butterly, but it is not recorded as using this species.
Use pink prairie clover in a mixed wildflower setting. Many taller species will grow up through its thin sprawling branches so it can be planted with compatible willdflowers such as blazing stars and black-eyed susans.
Hawthorn Hill has been growing this prairie clover for several years from plants we initially grew from seed and we are very pleased to be able to offer a few specimens each year to the public. This is not a plant we produce in quantity so let us know early if you are interested.

Posted by Hawthorn Hill at 7:21 AM