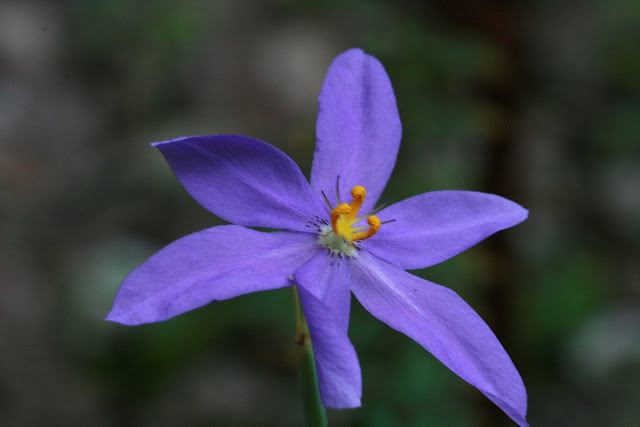 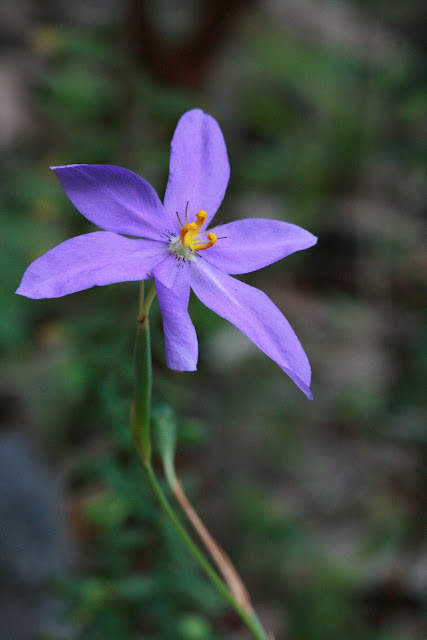 The celestial lily (Nemastylis floridana) is visually very similar to its close cousin, Bartram's ixia (Calydorea caelestina). In fact, another common name for this plant is fall-flowering ixia. They are both very rare endemics, members of the iris family, and produce stunning large deep-blue flowers.

The celestial lily is more widespread and occurs over much of the eastern peninsula to south Florida. A few populations also have been recorded in central Florida and in the central west coast. Despite this, it is listed as a state Endangered species.

Celestial lilies occur in open sunny wetlands; particularly wet pinelands and marshes. Although they have some drought tolerance, they prefer wet conditions during the summer and early fall and will only prosper and bloom when given them. 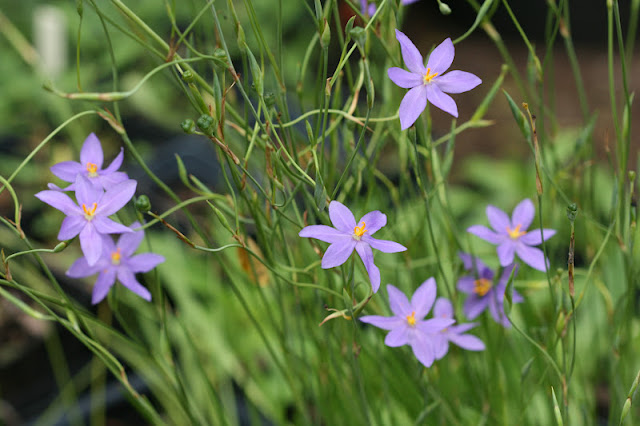 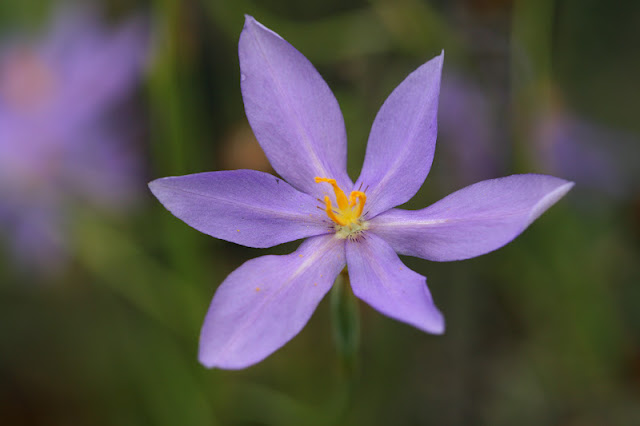 Celestial lilies bloom in the fall and, like Bartram's ixia, the flowers open for only a few hours. But, in opposition to the ixia, the blooms open in late afternoon. Celestial lilies produce one flower at a time, but each one opens about 3pm and lasts only until about 5pm. If you snooze, you lose and you must then wait until the next bud is formed. A well-grown specimen may produce multiple flower stalks and bloom over several weeks in late summer or early fall.

These too are connoiseur plants. Hawthorn Hill has grown them now for two years with some success. Provide them plenty of sun, a good fertile soil, and plenty of summer moisture. Given this, you will love this plant.

Our plants were purchased from Woodlanders; a wonderful source of quality native plants for the south. We do not at this time expect to proppagate this species at Hawthorn Hill.
Posted by Hawthorn Hill at 6:07 AM