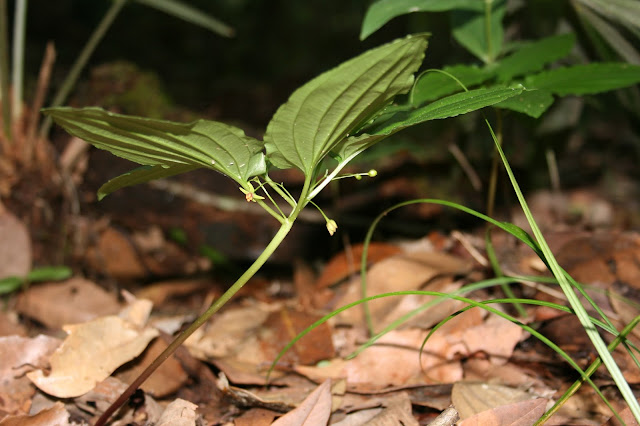 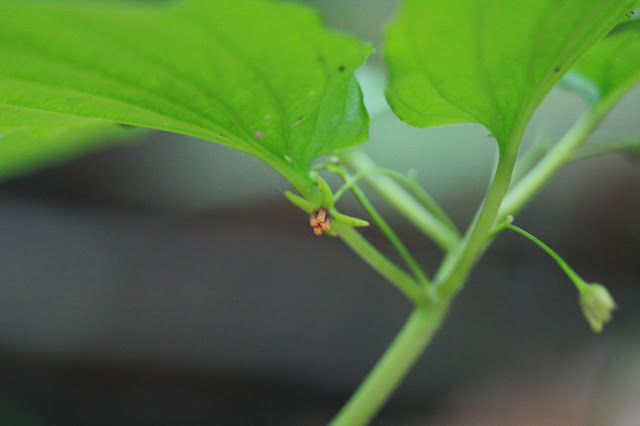 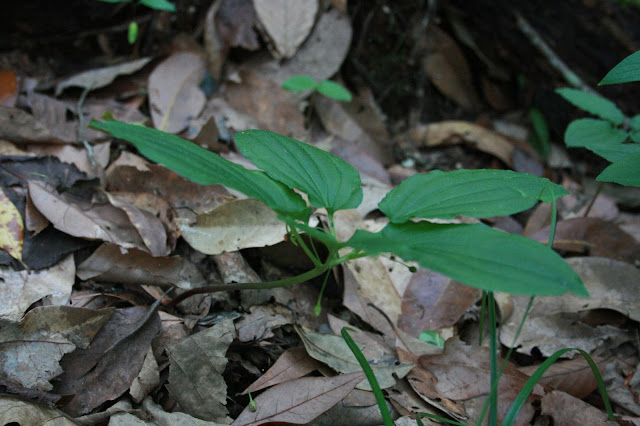 Croomia (Croomia pauciflora) is an extremely rare herbaceous wildflower found only in two counties in and around Torreya State Park in Florida. It also is reported to occur in southeastern Alabama and southwestern Georgia. In this limited range, it is resident to rich, moist slope forests. In Florida, it is listed as a state endangered species. It is equally rare in Alabama and Georgia.
Croomia is easily overlooked in the forest floor flora, even when in bloom. It is a perennial forb that dies back to the ground in winter and makes an early appearance in spring.  The succulent stem can reach 1 foot tall at maturity, but is often shorter. The heart-shaped leaves arise near the top of the stem and appear whorled, though they actually alternate.  The leaves are about 4 inches long and 2 inches wide, with deep palmate veins running the length of the leaf.  In the forest floor community, this species can be mistaken for several species of greenbrier (Smilax spp.) or wild yam (Dioscorea spp.), but closer inspection easily corrects such misidentification.
Flowering occurs in early spring - late March to early April in most years.  The tiny greenish flowers are produced in small clusters at the base of the leaf blades.  Because of the leaf arrangement, these blooms are often concealed from easy view. Pollinated flowers form an egg-shaped capsule, about 1/8 inch long.
Croomia is the only member of this family (Stemonaceae) in North America, though 2 species have been found in Asia.  As such, it reflects our state's ancient floristic connection to the Orient.  Though not a subject of horticultural interest (and it should NEVER be collected), it is an extremely interesting member of our native flora. Look for it in early spring before the canopy completely closes if you are hiking in slope forest in Liberty or Gadsden Counties. It takes a keen eye to spot it and I am always excited when I do.
Posted by Hawthorn Hill at 9:06 AM