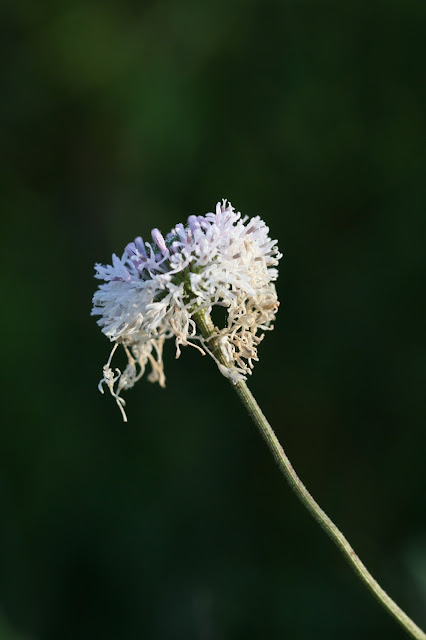 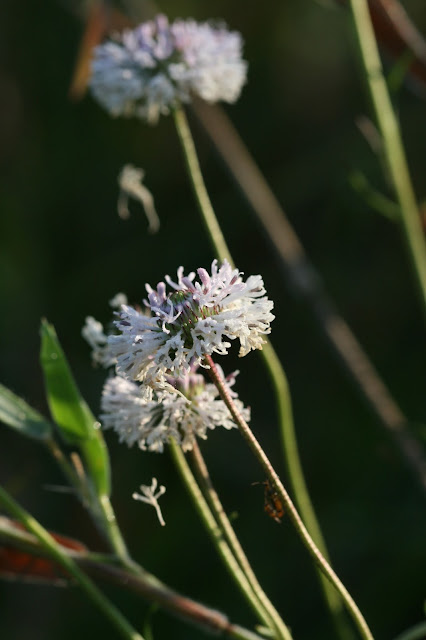 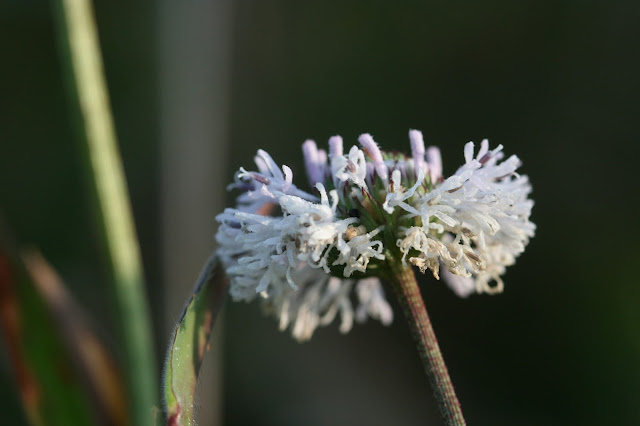 Grassleaf Barbara's buttons (Marshallia graminifolia) is found throughout much of north and central Florida in moist pinelands, savannas, and the upper edges of open marshes. It is resident to the Southeast Coastal Plain and occurs from Texas to North Carolina as well. It can be distinguished from the other three native Barbara's buttons in Florida by its small linear leaves.
Grassleaf Barbara's buttons is a perennial that dies back to the ground over winter. It produces a whorl of basal leaves, 3-6 inches long in spring that are soft and spreading. From this, a solitary erect stalk arises that eventually stands 3-4 feet tall.
Flowering occurs in mid-summer to early fall. The round, button-shaped head, about 1 inch across, produces many light pink flowers that open from the bottom to the top over several weeks. All the blooms are disk flowers; there are no ray flowers along the outer edge. These pink tassels can occur in abundance in the right habitat and are quite showy. As these are in the Aster Family, they also attract the attention of pollinating insects.
For some reason, none of Florida's Barbara's button species are being propagated commercially by nurseries associated with FANN - the Florida Association of Native Nurseries, though M. tenuifolia is available from various native nurseries in the Southeast. There is some argument among taxonomists currently that would put this species as a variety, M. graminifolia var. cyanthera. If you purchase this variety or locate a Florida source, it requires moderately high light and moist soils - especially during the summer and early fall.

Posted by Hawthorn Hill at 2:11 PM