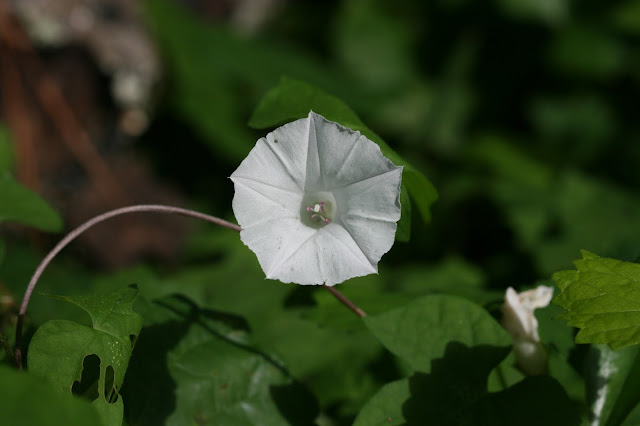 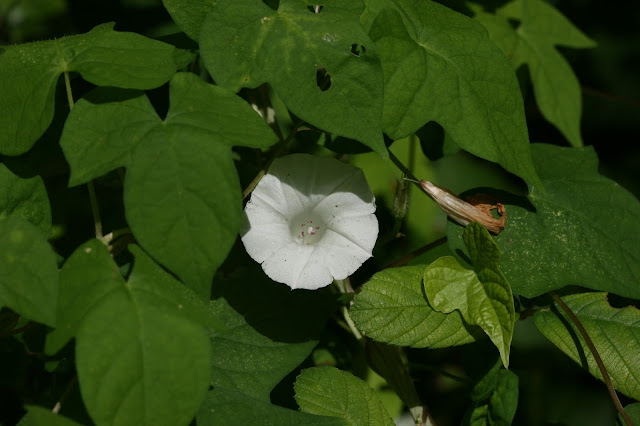 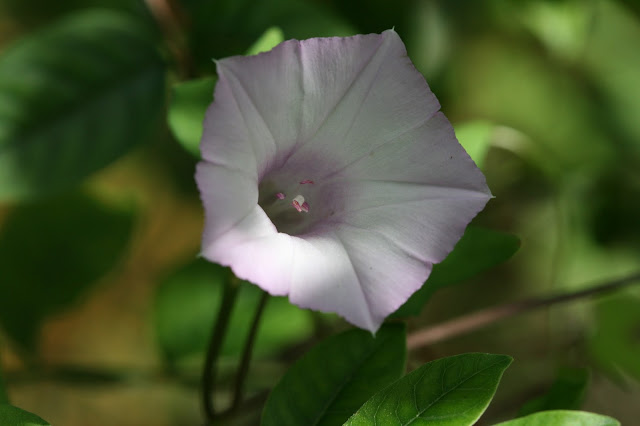 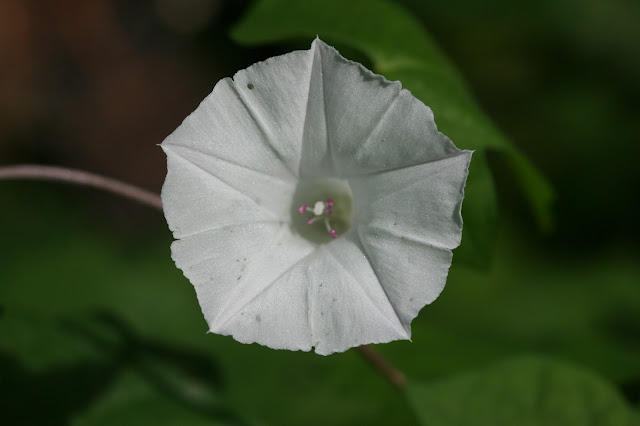 Whitestar (Ipomoea lacunosa) is one of 25 species in this commonly encountered genus. It is one of very few purely white-flowered species, however.  Native primarily to the Florida Panhandle, it also has been reported from counties in the Big Bend region and from West Palm and Miani-Dade Counties in extreme south Florida.  It also is resident to much of the eastern U.S, and in California.  In Florida, it is most commonly encountered in sun gaps within bottomland deciduous forests and the upper edges of swamps.
Like other members of the morning glory family, whitestar is a vine. This species is also an annual and it twines up and around the various plant species it occurs with. The stems are sparsely hairy and the 2-4 inch long leaves are attached to the stem with long petioles.  Leaf shape is variable, from heart-shaped to three-lobed.  The leaves alternate along the stems.
Flowering occurs in late spring to summer. The pure white flowers, 1-2 inches across, are funnel shaped and exhibit a noticeable star pattern inside the corolla.  Sometimes the flowers are tinged with pink as are the tips of the anthers. All  morning glories attract pollinators and whitestar is no exception.
For the most part, Florida's native morning glories are difficult to maintain in a formal landscape and few, except for the beach species, are propagated. Because whitestar is also an annual, it is even less likely to become commercially available.  Should you wish to try it, however, collect seed (legally) from the ripe seed capsules in late summer to early fall and sow no deeper than 1/4 inch.

Posted by Hawthorn Hill at 9:51 AM