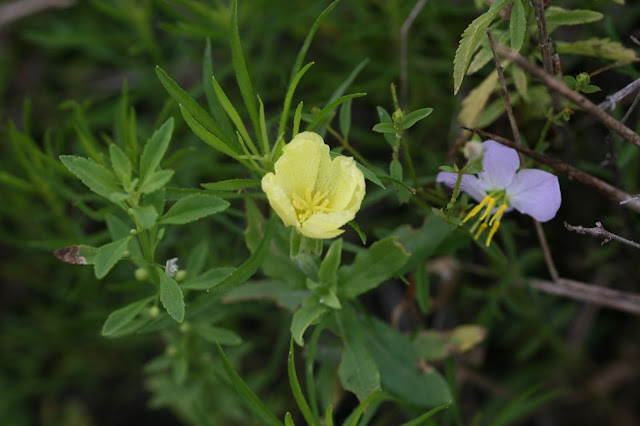 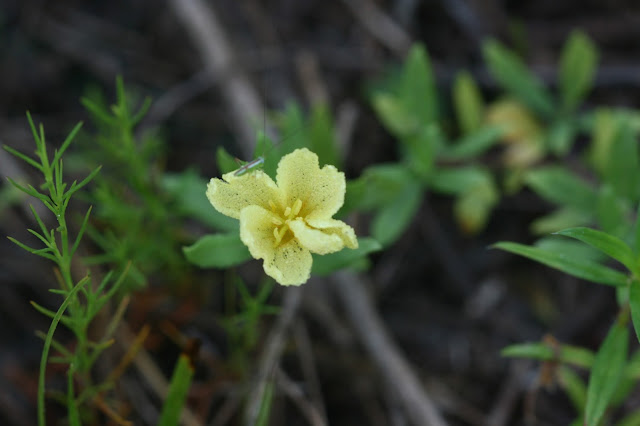 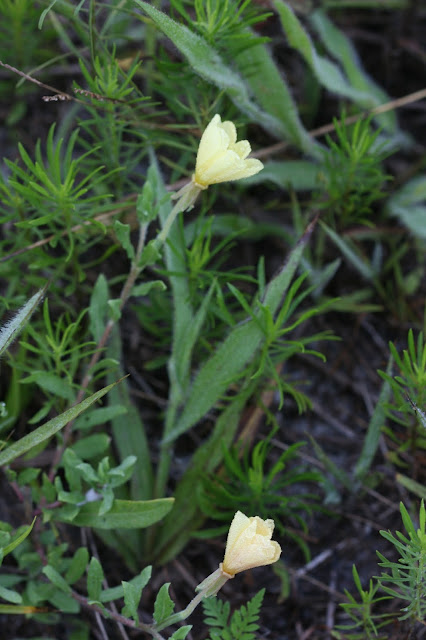 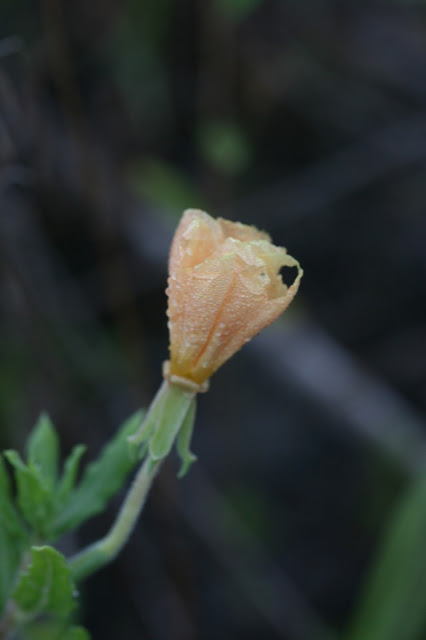 Evening primroses (Oenothera spp.) tend to have flowers that open in the late afternoon and close in the morning sun. As such, they are pollinated by moths. Cutleaf evening primrose (O. laciniata) is no exception to this. The photos above were taken on a cloudy/rainy day which kept them open a few hours longer than normal.  This is one of 16 species (11 native) recorded in Florida and is one of the most common, found statewide in a wide variety of upland settings. It also is reported from every state in the eastern half of the U.S. to the eastern Great Plains, and from California.
Cutleaf evening primrose is an herbaceous perennial with a rather weak stem, and it often trails just above the ground instead of being upright.  As such, it rarely stands taller than about 8 inches. The foliage is somewhat elliptical in shape; each leaf is about 2 inches long, slightly "hairy", and with noticeable teeth along the outer margin.
Flowering can occur in most months from spring through fall. The blooms are bright yellow when fully open and composed of four petals and four petal-like sepals (tepals).  As morning progresses, they begin to turn orange and the flowers close.  Pollinated flowers form a brown capsule containing many seeds.
Cutleaf evening primrose is commonly seen along roadsides and can produce quite a showy display if you happen along in the late afternoon or just after sunrise. Though showy, their blooming behavior does not lend itself to a lot of use in a home landscape - except perhaps in a "moon garden" setting. This species has not been offered commercially in Florida by any of the nurseries affiliated with FANN - the Florida Association of Native Nurseries.
Posted by Hawthorn Hill at 8:30 AM