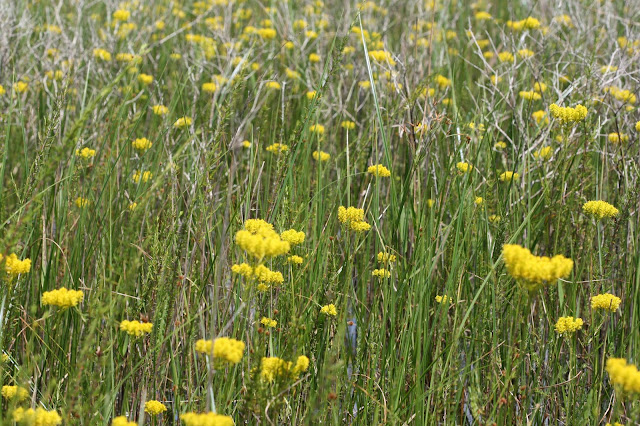 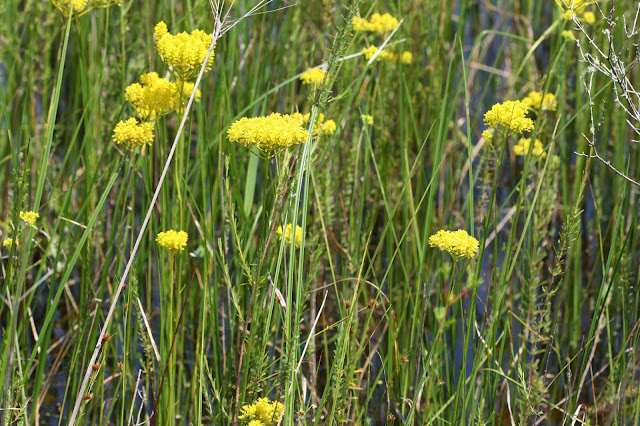 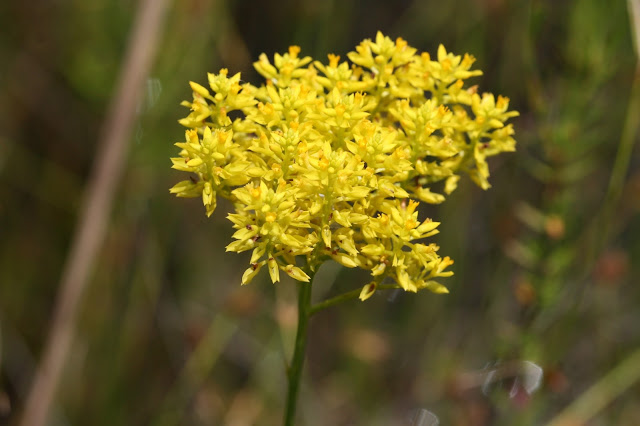 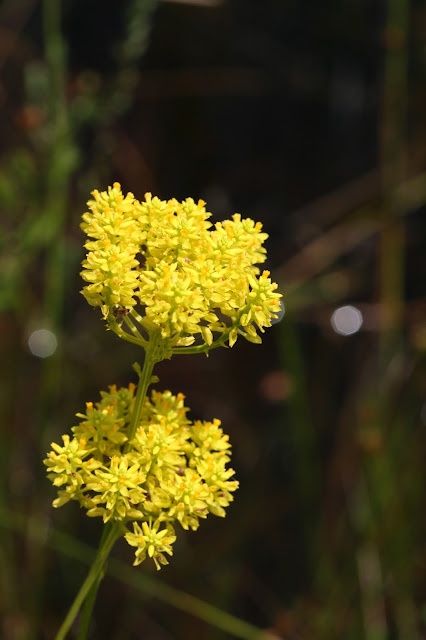 Tall milkwort (Polygala cymosa) occurs nearly statewide, except the lowest tiers of counties in Florida, in wet prairies, marshes, and other depressional wetlands.  It is an obligate wetland plant and, unlike others in this genus, does not persist in areas that are not consistently wet. This also is a species of the Southeast Coastal Plain and is reported from North Carolina to Louisiana.
Tall milkwort can be confused with short milkwort (P. ramosa) as both have canary yellow flowers arranged in a terminal cyme atop a single stem.  As its common name implies, however, tall milkwort is about 4 times as tall at maturity (about 3-4 feet) and the flower heads tend to be not quite as spread out as they are in P. ramosa. Both are annuals with alternate linear leaves and both produce a basal rosette of somewhat longer leaves that normally disappear as the flower stalk matures.
Flowering occurs in late spring to early summer. The plants photographed above, were in full bloom when I visited Kissimmee Prairie Preserve State Park on 24-25 April 2015.  The vivid heads of flowers mostly draw the attention of bees.
As an annual and an obligate wetland plant, this species is not an easy choice for the home landscape and it has not been grown commercially to the best of my knowledge. It would need consistently wet conditions to persist and about 6 inches of standing water during the warm summer months. Given the right conditions, however, it tends to produce large colonies that are strikingly attractive.
Posted by Hawthorn Hill at 6:52 AM