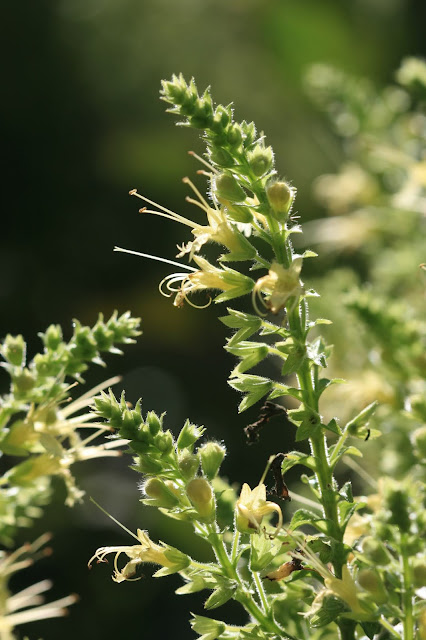 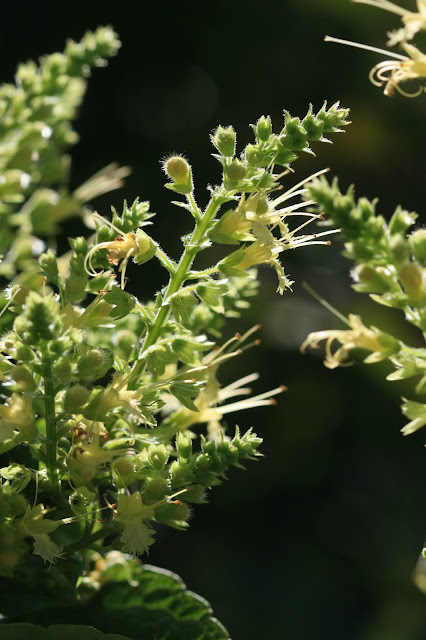 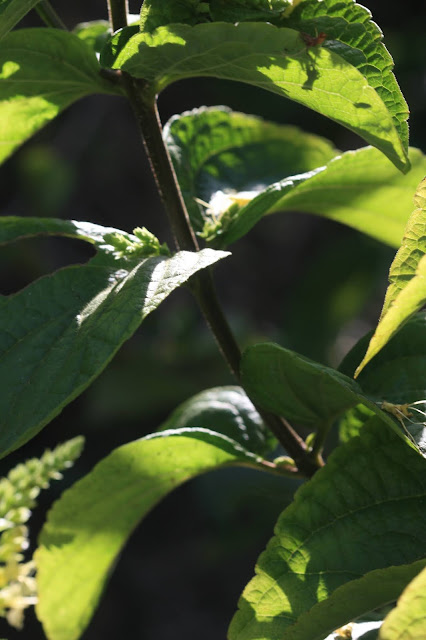 Blue ridge horsebalm (Collinsonia serotina) is a wildflower confined in Florida to many counties in the extreme northern part of the state. These photos were taken at Torreya State Park in Liberty County in early October. As its common name suggests, it is more commonly found north of Florida and has been documented from the Southeast Coastal Plain from Louisiana to North Carolina. Throughout its range, this perennial occurs in moist upland woodlands within light gaps where it remains partly sunny during the growing season.

This wildflower eventually reaches a mature height by mid-summer of 2-3 feet. The stems are stout and keep the plant erect. The leaves are wide (about 6-7 inches), ovate in shape, and coarsely toothed. They are opposite each other along the stems.

Flowering occurs from summer until mid-fall. These photos were taken in early October. Multiple racemes of flowers are produced at the ends of the stems. They open in succession from the base of the inflorescence.  Each is tubular and yellowish white in color. They are attractive to a wide variety of pollinators.

Horsebalms of all species have been used medicinally for years, though great care should be used as they possess powerful properties that could prove harmful to some people. This article discusses its medicinal use: https://healthyfocus.org/collinsonia-root-benefits/   The common name does not relate to it being a balm for horses (or other livestock).

I am not aware that this, or any of the other related species of Collinsonia have ever been propagated by nurseries affiliated with FANN - the  Florida Association of Native Nurseries. There is a second species native to north Florida (C. canadensis) and several others that are not native. The latter species are likely available from nurseries that specialize in herbal plants. I do not know how well they would grow in Florida.

Posted by Hawthorn Hill at 9:52 AM