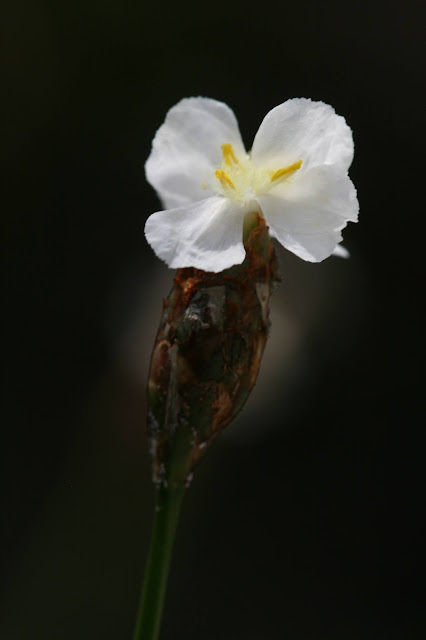 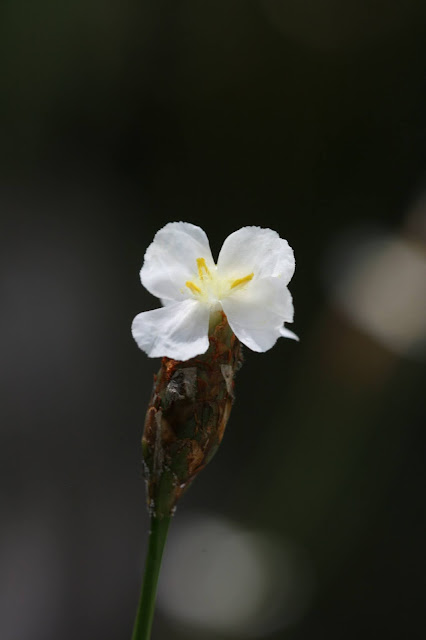 This perennial is characterized by its somewhat twisted linear leaves that are erect and about 12-15 inches tall. They are less than 1/4 inch wide. The base of the plants has a chestnut-brown sheath.  Flowering stems reach a mature height of about the same height as the leaves. They are produced singly from the greenish cones from summer into late fall.  Each bloom is about 1/2 inch wide. While most species in this genus open in the morning, Carolina yellow-eyed grass typically opens later in the day. They are most-often pollinated by bees.

No member of this genus is currently propagated by nurseries affiliated with FANN - The Florida Association of Native Nurseries. Look for this one in upland settings. When not in bloom and relatively obvious, it can be distinguished by its twisted narrow leaves and non-ciliated scales on the spent flower heads.

Posted by Hawthorn Hill at 8:44 AM