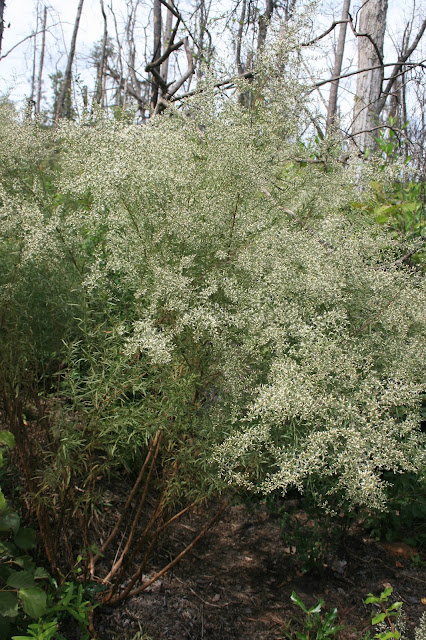 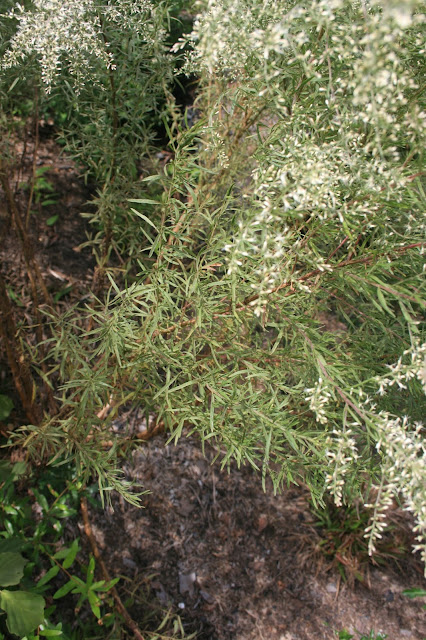 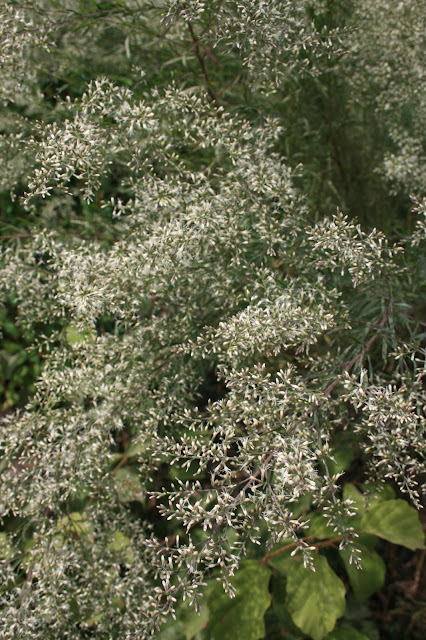 Yankeeweed (Eupatorium compositifolium) is a close relative of dogfennel (E. capillifolium) and is often mistaken for it. Some taxonomists consider them to be varieties of the same species. Both are generally considered to be weeds and undesireable in a landscape, but they are not without some redeeming value. Yankeeweed is distinguished from the latter by having wider leaves and a more wide-spreading crown. It occurs throughout much of the northern two-thirds of Florida in a variety of upland sites - especially disturbed ones. It also occurs throughout much of the Southeast Coastal Plain from Texas to West Virginia.

As stated above, this is a plant of upland disturbed soils. It is a perennial that dies back to the ground in winter. By late summer, it may reach 6 feet in height with a crown that expands 2-3 feet wide. The narrow linear leaves are fragrant, but not as strongly so as dogfennel from my experience. The stems are semi-woody in character. It spreads quickly in disturbed sites by its many seeds and by its ability to spread underground by rhizomes.

Flowering occurs in the late summer months and is profuse. The tiny white blooms attract the interest of a great many pollinators, but mostly small bees. The foliage is toxic to most herbivores, but it serves as the host for the scarlet-bodied wasp moth.

Yankeeweed should not be propagated in areas with livestock or where pets might feed on the foliage. It also should not be encouraged in areas where one would want to encourage a mixed wildflower meadow as it tends to dominate and take over the space required by other species.

Posted by Hawthorn Hill at 9:22 AM