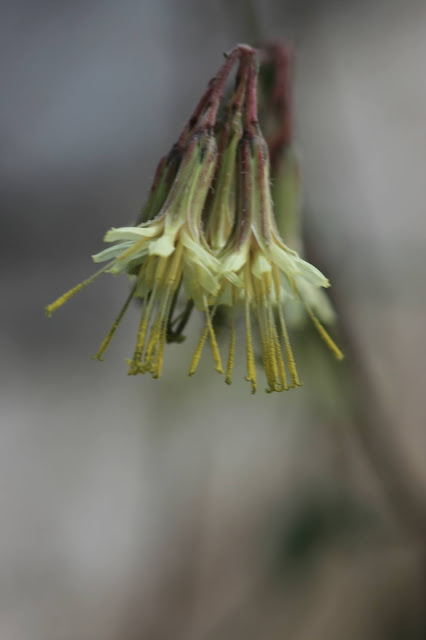 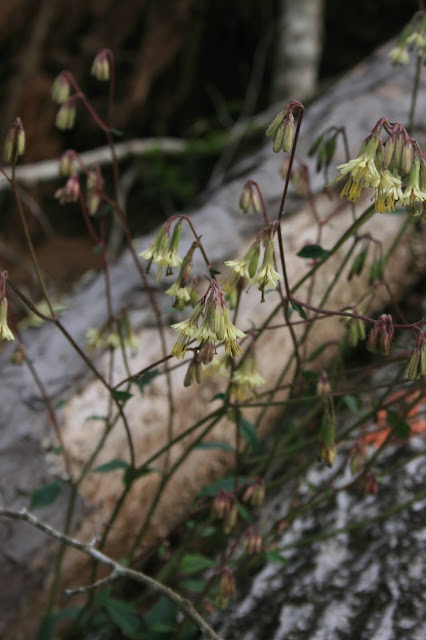 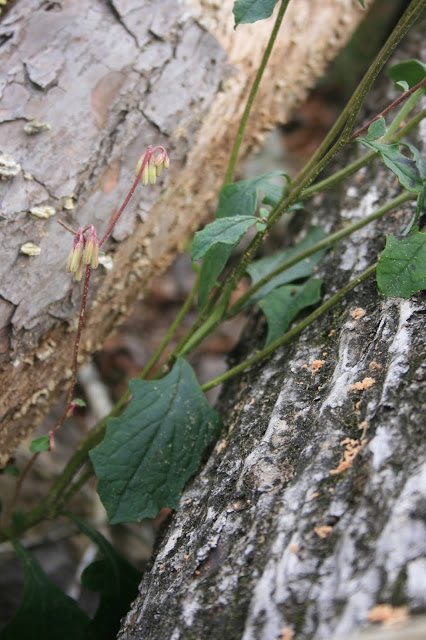 Also called cankerweed and lionsfoot, snakeroot (Nabalus serpentaria) is named for its once-believed properties in curing the effects of venomous snake bites. Don't attempt it.... The Latin for its genus name means "drooping" and the flowers are decidedly so.  This perennial herb is found throughout much of Florida's most northern counties along the Georgia and Alabama border and is reported in most states in the eastern 1/3 of the US. in these areas it most often occurs in the understory of deciduous woodlands in light gaps.
This wildflower is a perennial characterized by its roughly lobed leaves, often with a pair of small side lobes at the base. Each of the main leaves are 2-4 inches long and about half that wide. They often are finely tomentose as are the greenish to purplish stems. Plants reach several feet in height, sometimes up to 6 feet tall.
Flowering occurs in fall to early winter in Florida. Flower stalks stand well above the lower leaves and occur in clusters at the end of the many stems and side stems. They have a similar characteristic to columbine (Aquilegia canadnesis), but this species is a member of the Asteraceae and there are a good number of differences if looked at more closely. The many petals are yellowish white in color with reddish linear markings along the length of each. Each flower is about 1 inch long. I suspect they are pollinated by a wide variety of pollinators - as most asters are, but I have not witnessed this.
This is a very visually interesting wildflower and would seem to make a good addition to a woodland wildflower landscape setting. It has not, however, to my knowledge, ever been propated commercially by any of the nurseries affiliated with FANN - the Florida Association of Native Nurseries. Until the day it is made available, look for it in openings within deciduous woodlands in extreme Florida and admire it for its understated beauty.
Posted by Hawthorn Hill at 11:17 AM