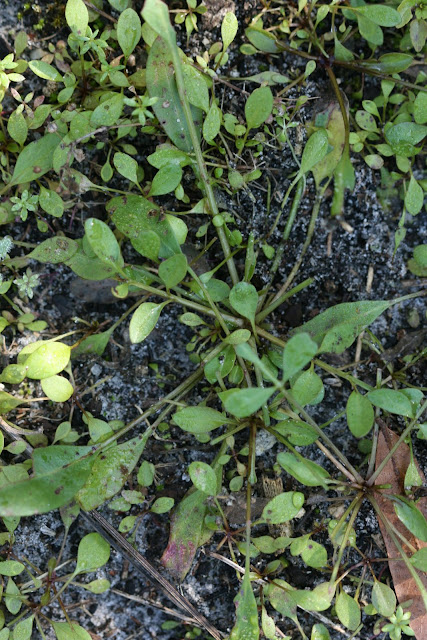 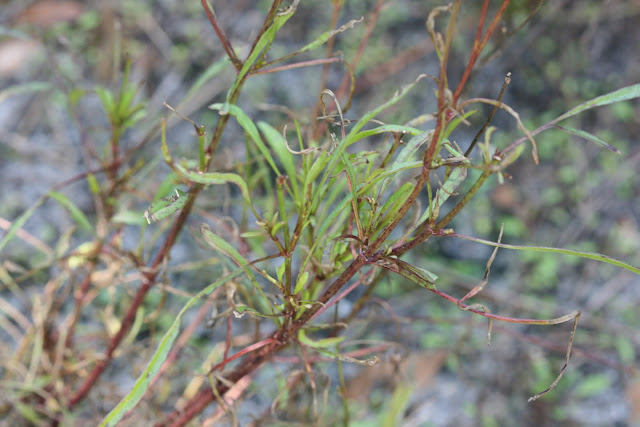 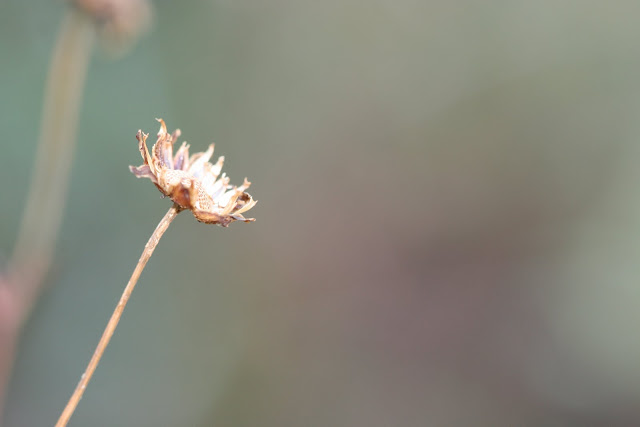 Common tickseed (Coreopsis leavenworthii) is the most widespread and easily recognized of any of Florida's wildflowers.  But, although it is found statewide in Florida, its only occurs here and in a limited portion of Georgia.  So, in a way, it is not really all that "common".
Common tickseed prefers moist soils, but it is adaptable to a wide variety of habitat types.  It is most common in open disturbed sites, such as roadsides and fields, but is also abundant in the undestory of moist prairies, savannahs and pine flatwoods.  It is an annual, but it readily persists in most areas by producing abundant seed crops.  The upper photo shows a small patch of open soil in one of my wildflower beds in mid January.  The entire patch of open soil is full of seedling common tickseed.
Seedlings can emerge at almost any time, but they come on thickly during the winter months after the rains common to most cold fronts.  The leaves are not generally linear, but lobed.  As the plants begin growing upwards, however, linear leaves (as shown in the middle photograph) are common along the stem.  Eventually, mature plants reach a height of 2-3 feet - depending on growing conditions.  Plants grown in moist soil tend to be more robust than those in drier soils.
Flowering can occur during any month and only ceases completely after a hard freeze.  The peak of blooming occurs in late spring, however, and often ceases a bit after that until the return of summer rain showers. The flowers are quite similar in size and color to those of coastalplain tickseed - described above.  The outer ray petals are bright lemon yellow and the inner disk flowers are dark.
Common tickseed is extremely easy to grow and it prospers in nearly any landscape situation other than deep droughty sands.  Because individual plants are thin and not very luxuriant, they look best planted in mass.  Add no less than 7-12 individuals to any one clump and mix them with other wildflowers (perennials, mostly) anywhere within the back half of a planting bed.  Because these are annuals, they will die back after seeding.  Do not remove the dead plants until after the seeds are dispersed.  Eventually they will produce more seedlings than you may prefer to keep.  The seedlings are easily weeded out and can be either transplanted or given away to friends.
Common tickseed is one of the most widely propagated of all our native wildflowers and is easy to find from commercial sources.  We have kept it in our landscape since the beginning and love it mixed with our other wildflowers.  Because it is almost always in bloom somewhere, it is extremely useful in adding color and interest.  Common tickseed is not especially attractive to butterflies as a nectar source when they have other choices to pick from, but it is great for small native bees and other pollinators.
Posted by Hawthorn Hill at 9:28 AM