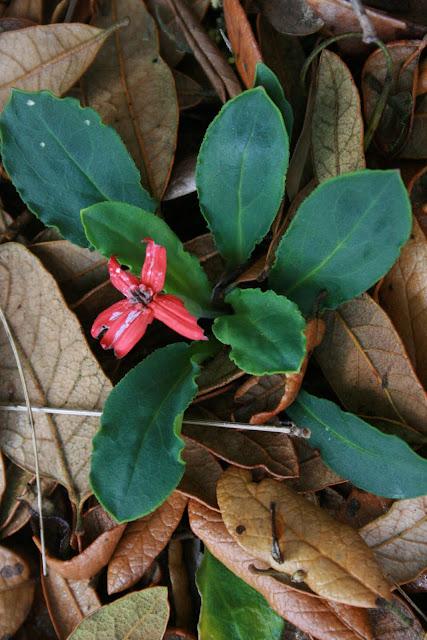 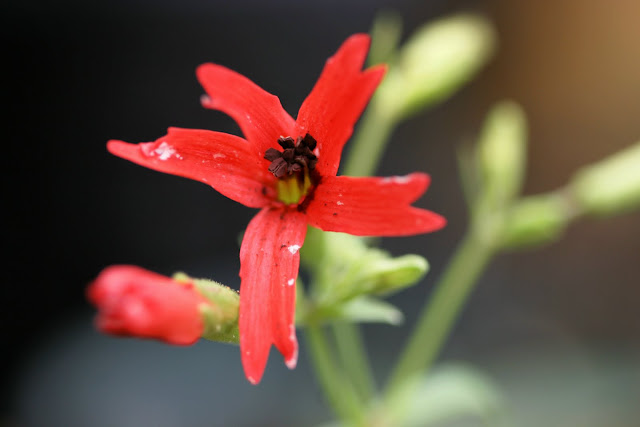 Fire pink (Silene virginica) is the other red-flowered member of this genus that occurs in Florida.  Like its cousin, royal catchfly (S. regia), it is also exceedingly rare here; reported only from Bay County in the central panhandle. It is a state-listed endangered species, but is widespread in eastern North America and occurs north to Ontario.

Throughout its native range, fire pink is common to dry open woodlands and open prairies.  It is a short-lived perennial that rarely stands taller than 2 feet.  It is also deciduous.  Fire pink differs from royal catchfly in several characteristics.  For one, the flower color is a carmine red instead of a bright vermillion.  Secondly, the five petals are decidedly notched at the tips instead of just slightly so in royal catchfly.

Flowering occurs in late spring to early summer and lasts over a several week period.  The flower stalks tend to droop if they reach more than 1 foot tall.  Because of this, they are not especially attractive to hummingbirds, but catch the attention of butterflies and other pollinators.

Fire pink prospers much better in milder climate conditions than is normally found in Florida and we have had no success getting this species to persist in our gardens at Hawthorn Hill.  Although this beautiful wildflower would make a wonderful addition to a mixed wildflower planting in states to our north, it is unlikely to ever be propagated or grown in Florida for those purposes.

Posted by Hawthorn Hill at 8:59 PM