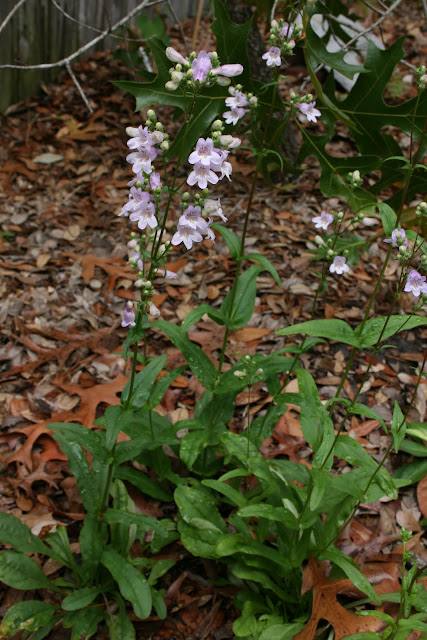 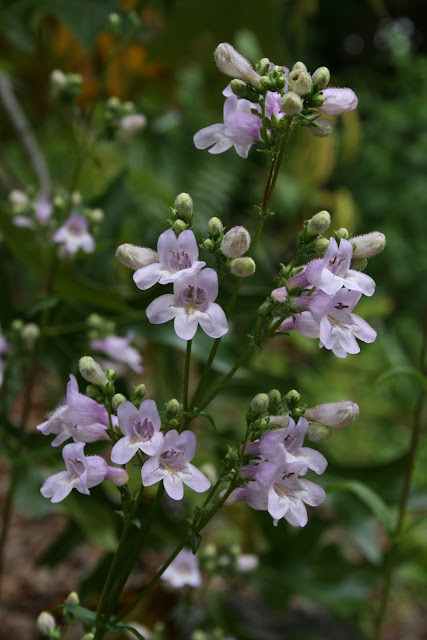 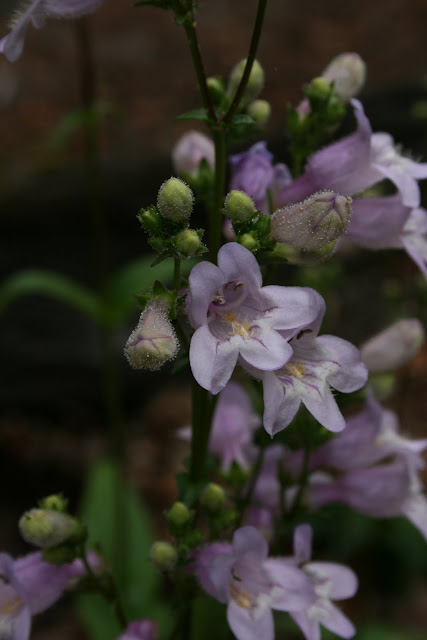 Eastern smooth beardtongue (Penstemon laevigatus) is the rarest of our three native beardtongues and occurs in only two Florida counties along the Georgia border.  It is the most widespread nationally, however, and found throughout the Southeastern and Midwestern states.

Eastern smooth beardtongue is somewhere between our other two native penstemons in stature.  Its basal leaves are deep green and flushed with red in the main leaf vein and sometimes along the leaf margins.  Eventually, individual plants reach about 2 feet tall at flowering time.

The flowers themselves are a soft pink in color and similar in structure to that of the white beardtongue (P. multiflorus).  The "beardtongue" along the lower fused petals is quite noticeable and bright yellow.  Large numbers of these flowers are produced during the late spring and summer months.  Plants may stay in bloom for nearly a month and make a stunning display.  As with all members of this genus, the flowers are mostly bee pollinated, but will attract hummingbirds if you live in the northern half of the state where they nest.

Eastern smooth beardtongue is native to well-drained open woodlands where they receive sufficient sunlight.  Although greatly restricted in its natural range in Florida, we have found it rather easy to grow in our Pinellas County landscape and have done so for a number of years now with great success.  Plant it in masses of at least 5 per cluster in well-drained soil under filtered sun or in locations where it will receive mostly morning sun.  Under these conditions, it is quite drought tolerant and should persist for years.

Eastern smooth beardtongue is occasionally offered for sale by native plant nurseries in Florida, but far too infrequently.  We usually have plants for sale at Hawthorn Hill as we would love to see it more widely used in the landscape.  Please ask us if you are interested.

Posted by Hawthorn Hill at 5:40 AM