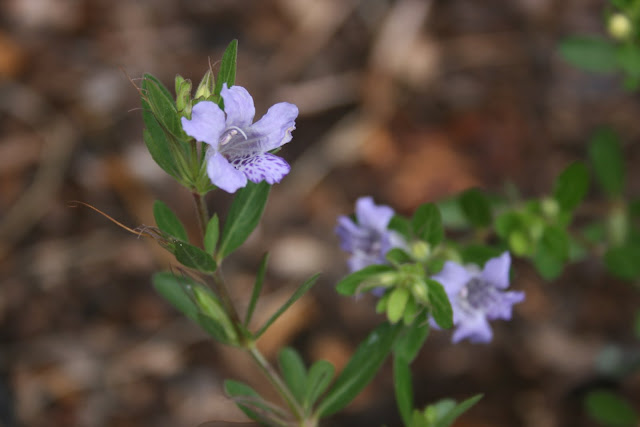 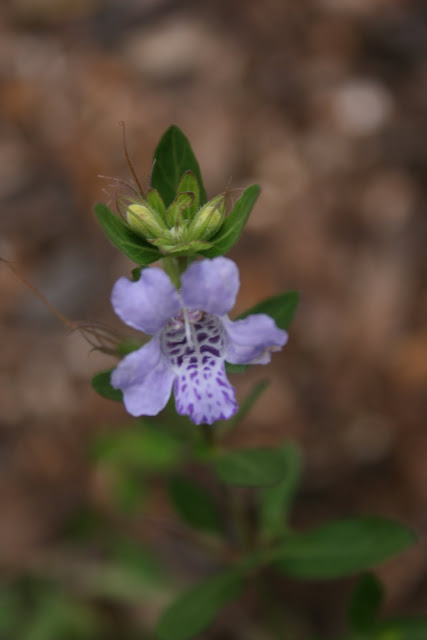 Twinflower (Dyschoriste oblongifolia) is a member of the snapdragon family and found nearly statewide in Florida.  Elsewhere, it is found only in states immediately adjacent to us; Alabama (where it is extremely rare) and Georgia.  It occurs in a variety of upland habitats, but is most common in flatwoods and sandhills that are not excessively well drained.

Twinflower is a low-growing groundcover that can spread rapidly in the understory by underground runners and form near monocultures in open and/or disturbed sites.  It rarely stands taller than 12 inches. The thin stems are cloaked in oval-shaped opposite leaves that may be 1 inch long.  This is a deciduous perennial.

Blooming occurs over many months beginning in the spring and sometimes extending until November.  The flower buds are formed in pairs opposite each other on the stem and these usually open at the same time.  The light purple tubular flowers are characterized by a reticulated pattern on the lower lip and inside the corolla.  The flowers are primarily of interest to bees and other such pollinators.

Twinflower spreads primarily by its underground runners, though it does set plenty of seed which is spread when the seed capsules split open.  Because of its small size and extended blooming season, it makes a wonderful addition to the front of a mixed wildflower planting.  And, although it will spread, it is not aggressive and usually does not compete well with larger and denser species.  Give it some space if you want it to expand its population.  Twinflower is also good in a butterfly garden - not so much for its nectar production, but as a larval food plant for the common buckeye.

Twinflower is an exceptionally adaptable species in a home garden, but does not appreciate extremes in soil moisture levels.  If soils remain too dry for long, it will quickly disappear.  It can tolerate high moisture for short periods without harm, but is certainly not a wetland plant.

Many Florida nurseries propagate and sell this wonderful wildflower.  We have grown it for years at Hawthorn Hill and appreciate its many qualities.  We do not intend to propagate it ourselves, however.