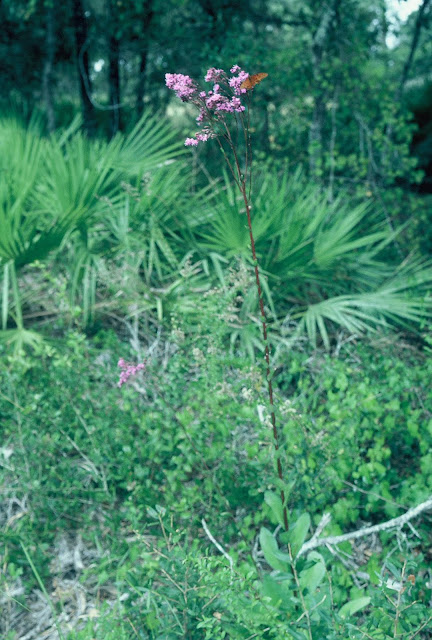 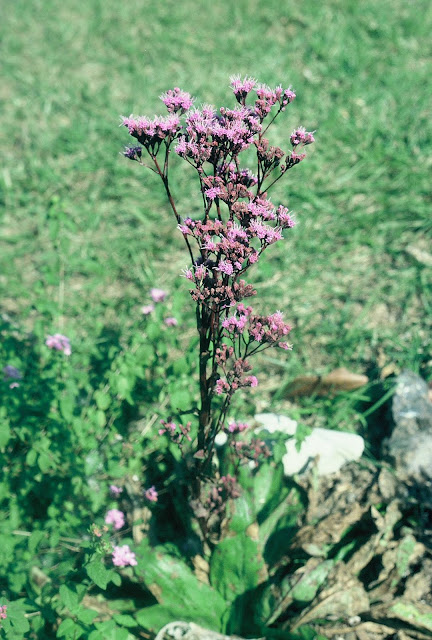 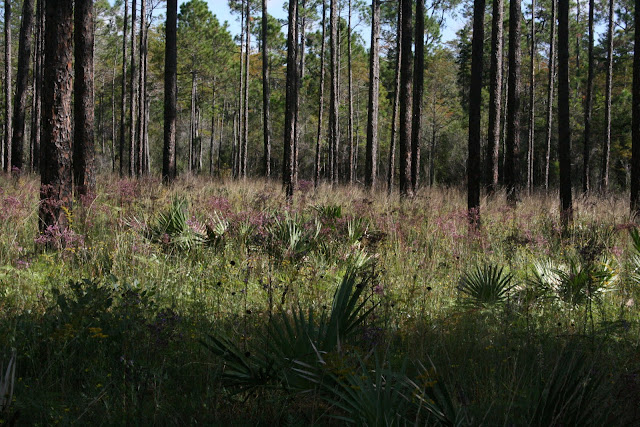 Vanilla plant (Carphephorus odoratissimus) is found statewide in a diversity of upland sites.  It is a plant of the Southeastern Coastal Plain and occurs throughout much of that region as well.  Its common name comes from the fact that its leaves emit a strong vanilla fragrance as they wilt; something that has been of great importance to the pipe-tobacco industry in ages past.  Although that role has now been taken over by artificial fragrances, there was once a whole industry built on collecting the leaves of this perennial wildflower.
Vanilla plant is most abundant in moist pinelands and open woods.  Although it is drought tolerant once established, it is not as hardy under well-drained sands as its relative, Florida paintbrush (C. corymbosus), and it will disappear if not given sufficient moisture during the hot months of summer.  It can tolerate a fair amount of water during the summer, but not long periods of inundation.
Vanilla plant has the longest leaves of the genus in Florida.  The strap-like basal leaves may be 6 inches or more after it emerges in the spring.  These leaves are only rarely fragrant while they are green and healthy.  The vanilla scent becomes evident after they are picked and wilt - or after they begin to die naturally on the plant.
Flowering occurs in late summer; usually about 2 weeks before Florida paintbrush and 3 weeks before deertongue (C. paniculatus). It is not uncommon to have all three species occurring together in the same pine flatwoods, but they will be distributed based on soil moisture with vanilla plant somewhere in the middle range.  The flower stalks are taller than its close relatives; up to 6 feet or more.  The flowers themselves, however, are small and the heads are attached to the main stem by numerous short stalks.  Butterflies and other pollinators are attracted to the flowers, but not to the extent seen for Florida paintbrush.  This is not an especially showy plant, but interesting in its own right and worthy of inclusion in a mixed wildflower planting.
Use vanilla plant in small groupings near the back of the planting area.  It will perform well if the soil is kept reasonably moist and the plants receive at least a half day of sun.   Plant it with other tall wildflowers and mix it with some of the medium- to tall native grasses.
Vanilla plant is commonly available from members of AFFN - the Association of Florida Native Nurseries.  We have kept it in our gardens at Hawthorn Hill for a good many years and find it to be very hardy and long-lived - as long as it doesn't dry out during the hot summer months.  We have no plans of propagating it ourselves.
Posted by Hawthorn Hill at 12:11 PM