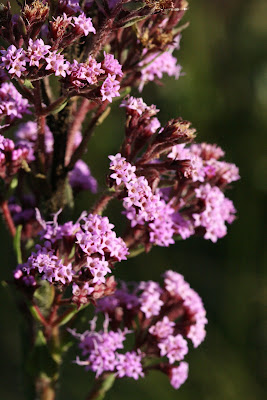 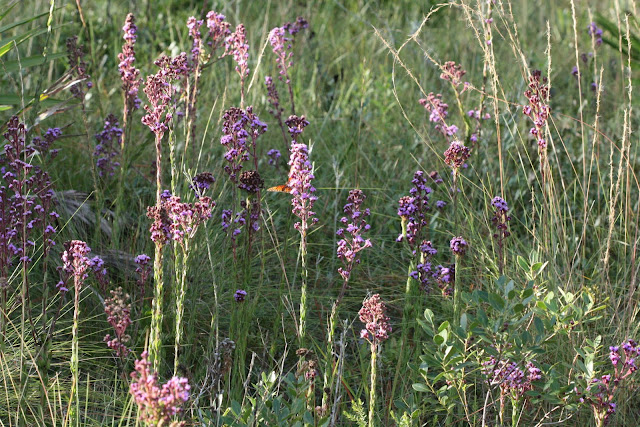 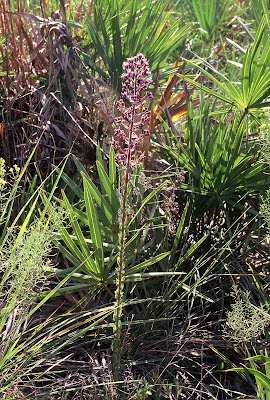 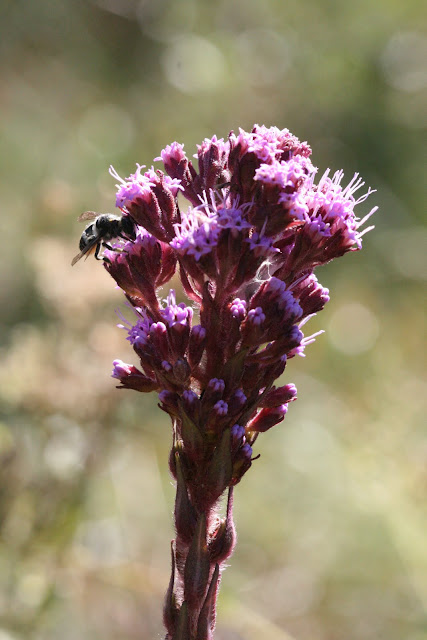 The common name for this species, deertongue, arises from its large strap-like basal leaves that look something like the tongue of a white-tailed deer.  The Latin name (Carphephorus paniculatus) refers to the arrangement of the flowers on the flowering stalk which is unique in this genus.  They are arranged as a "panicle", instead of a flat-crowned head like most of the others.
Deertongue is a common wildflower of moist open savannahs and pine flatwoods and it occurs nearly statewide (except for extreme south Florida) and in much of the Southeast outside of Florida.  It disappears in habitats that are too droughty and seems to require a bit of extrra moisture.
All members of this genus are deciduous and generally disappear during the winter months.  As described above, it quickly forms a basal rosette of long elliptical leaves in the spring - similar to those of its close cousins C. odoritissimus, the vanilla plant, and C. corymbosus, Florida paintbrush.
Deertongue stays in this state, perfectly behaved, for quite a few months before starting its flower stalk in mid-summer.  Eventually, a stalk 3-4 feet above ground matures and flowering begins.  Deertongue tends to bloom a week or two later than other members of this genus and the peak of flowering occurs in October.  Individual flowers are small, but display the same rich purple color of its relatives. And the sheer number of blooms makes the understory breathtaking in areas where large colonies occur.
Deertongue flowers are not especially fragrant and they don't attract the same number and diversity of butterflies and other pollinators as Florida paintbrush - or even vanilla plant.
Deertongue is offered by only a few native nurseries in Florida and is often difficult to find.  Plant this with other wildflowers in areas that get a bit of extra moisture and plant it in mass.  Individual plants will have far less impact than clusters of 6 or more. It will not persist if the soils are too droughty, but if you have the right conditions, it will reward you each fall with a spectacular display of flowers.