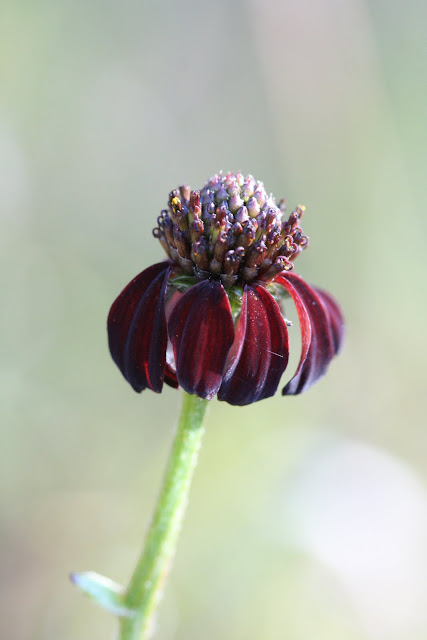 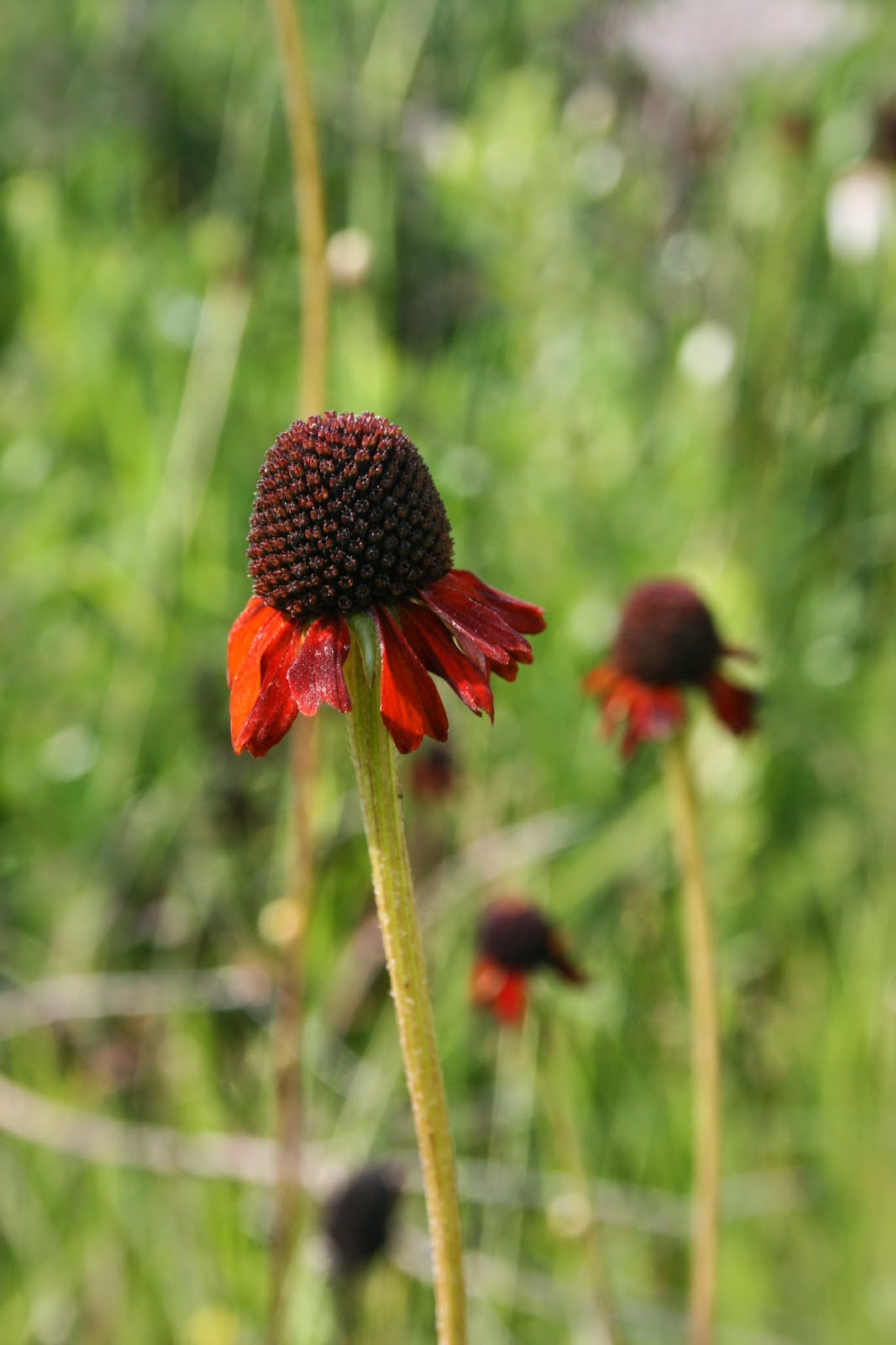 Grassleaf coneflower is another species that Gil Nelson introduced Alexa and I to during our recent trip to the Apalachicola National Forest in early October.  I have been fortunate to have seen (and to have grown) all the other members of the black-eyed susan genus in Florida, but this one was new and something I had put on "my list" to be seen someday.  It is a Florida endemic with a very narrow range around the National Forest, but it is common where it occurs.
Grassleaf coneflower is certainly not as showy or spectacular as other black-eyed susans.  For one, it is quite small.  Mature specimens rarely exceed 2 feet in height and go virtually unnoticed in the understory until they bloom.  As its common name implies, the leaves are rather small and grass-like.
Solitary flowers are borne atop each stalk and they too are rather small.  Each head is only about 1 inch across and the petals are short, somewhat recurved, and bronze red in color.  Its that unique color that sets it apart from everything else in the understory.  Like many members of this genus, the flowering season is protracted and occurs from April through early fall.
I have found no references as to its use in the home landscape.  Most black-eyed susans are annuals, biennials or very short-lived perennials.  It is listed on some websites as a perennial, but I suspect that it is not particularly long lived and persists through reseeding itself.
This is another one of Florida's interesting species that is unlikely to ever be grown commercially.  If it was, it would only persist in landscapes where additional moisture was present and in locations where it could freely reseed itself each year.
Posted by Hawthorn Hill at 10:09 AM