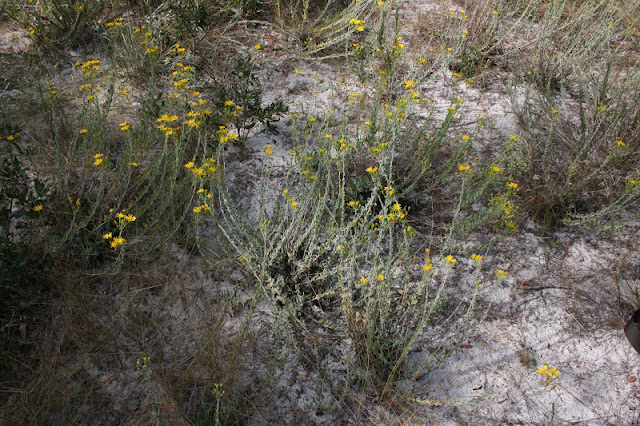 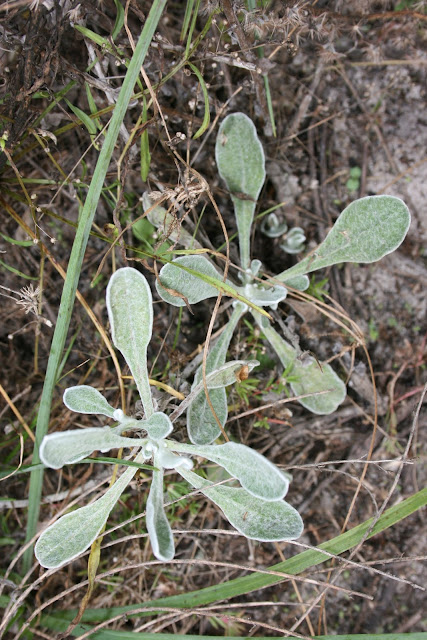 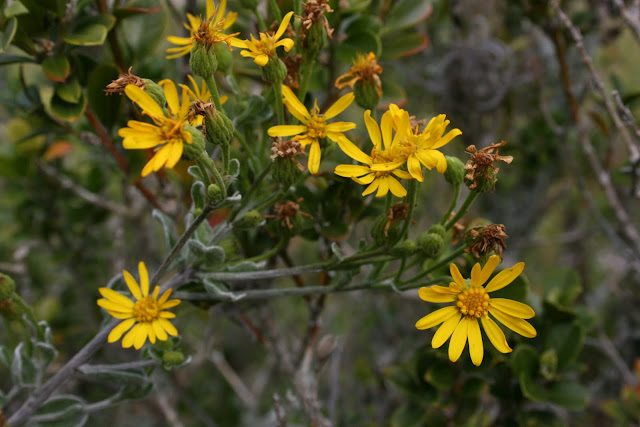 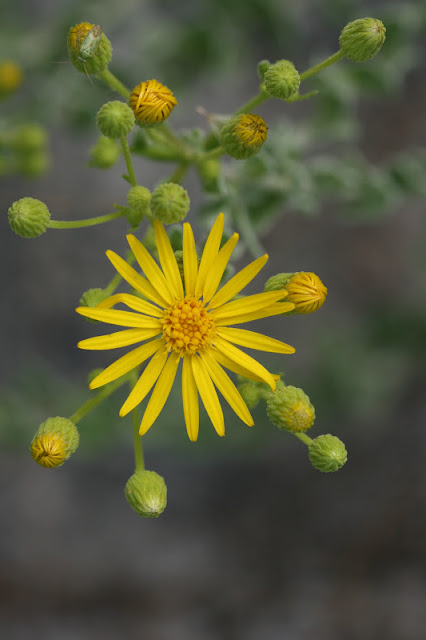 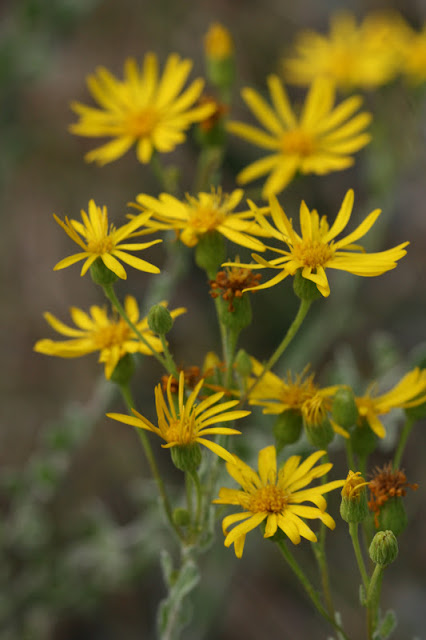 Florida goldenaster (Chrysopsis floridana) is a very rare endemic species, native only to a few coastal counties in west-central Florida.  This goldenaster is found only in excessively well-drained soils and occurs mostly in scrub.  Hillsborough and Manatee County populations have been somewhat protected in preserves; those in Pinellas County were extirpated, but have been reintroduced recently to several natural lands.
Unlike other upright-growing species in this genus, Florida golden aster stays densely wooly along the entire length of the growing stem to the flower buds.  This makes it easy to identify in the field.
Liker other members of this genus, Florida goldenaster is deciduous for a brief period in late winter.  In the early spring, the densely wooly basal leaves appear and are quite attractive vegetatively.  The flower stalks make their appearance by mid summer and continue to elongate until late fall.  Eventually, Florida goldenaster may stand 4 feet tall and it takes on a very lanky appearance.
Blooming occurs in late fall; anytime from November to early December.  Multiple flower buds are formed at the tip of the upper branches.  Individual flowers are typical in size and color for the genus; most being a bit less than 1 inch across.
Florida goldenaster is a very interesting and unique member of this genus, but it is a bit "weedy" looking due to its tall thin aspect.  Several commercial sources routinely make it available to the home landscape.  Use it from the middle portion of a mixed planting rearward and plant it in small clusters.  Because it has a tendency to lean over, it should be planted with other taller species that can help prop it up.  Plant it only in extremely well-drained sands and give it plenty of sunlight.
We have grown Florida goldenaster for a number of years in our Pinellas County landscape at Hawthorn Hill, but have never propagated it.  If this is a species that interests you, let us know and we may collect some of our seed and make a few more plants.
Posted by Hawthorn Hill at 3:23 PM